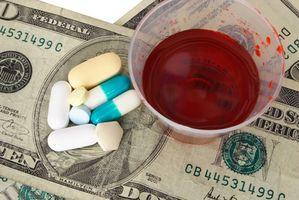 Today, Louisiana Department of Health and Hospitals (DHH) Secretary Kliebert announced the appointment of Hugh Eley as deputy secretary upon the departure of Courtney Phillips.

Eley previously served as the assistant secretary of the Office of Aging and Adult Services within DHH until his retirement last September. He had served in this role since the office's creation in 2006, overseeing the Medicaid home and community-based long-term care programs, such as the Elderly and Disabled Adult Waiver, Adult Day Health Care Waiver, Long-Term Personal Care program and PACE.

"I am very grateful for Hugh's willingness to come out of retirement to bring his wisdom and experience to the role of deputy secretary," said DHH Secretary Kathy Kliebert. "He is will equipped to tackle this challenge and continue to push forward on important reform efforts aimed at enhancing services to improve lives."

Eley says he looks forward to the new challenge. "Retirement was a tough decision, and I am now eager to return to public service and continue the good work that is happening at the department," said Eley. "We know that there are still many challenges that need our ongoing attention and effort, but they represent great opportunities."

As deputy secretary, Eley will be responsible for overseeing all of the department's major program offices, including behavioral health, aging and adult services, citizens for developmental disabilities and public health, as well as the Louisiana Commission for the Deaf and human services districts. He will chair the state's Human Services Interagency Council. The deputy secretary also plays a critical role in development of the budget for each program office and the agency as a whole.

Eley's previous experience makes him well-suited for this role. Prior to serving as assistant secretary, Eley spent the previous twenty years managing programs and services for the elderly and persons with disabilities. From 1987 to 1996, he serve as the State Long Term Care Ombudsman, as the first Director of the Elderly Protective Services program, and as Elder Rights Director within the Governor's Office of Elderly Affairs. After joining DHH in in 1997, Eley worked as the Director of the Bureau of Protective Services and as a Medicaid Deputy Director.

Eley holds a B.A. degree from the University of Louisiana at Monroe and a Masters of Public Administration from LSU. He is a member of the American Academy of Certified Public Managers, the National Adult Protective Services Association. He is a former President of the Louisiana Society of Certified Public Managers and the Louisiana Aging Network Association and former member of the Louisiana Developmental Disabilities Council. Over the years he has served on or led several task forces including the Committee on the Coordination of Police Services to Elderly Persons, the Governor's Task Force on Alzheimer's Disease and the Elderly Health Care Council.

His appointment comes after Nebraska Governor Pete Ricketts announced today that he has chosen Phillips to serve as a member of his cabinet as the Chief Executive Officer (CEO) of the state's Department of Health and Human Services (DHHS).

Kliebert expressed her appreciation for her service to the Department. "Watching Courtney grow as a leader has been an incredibly rewarding experience," she said. "Louisiana's loss is certainly Nebraska's gain, and I know she will be extremely successful in leading transformational reforms for the cornhusker state."

Eley will officially begin his appointment upon Phillips' departure on April 1, 2015.