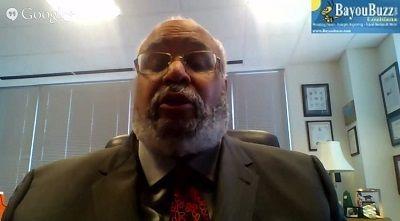 In the view of some Americans, Obamacare is a government-controlled, top-down radical healthcare policy that will bankrupt the nation, hurt healthcare delivery, build a growing population of dependent-Americans--with only those able to pay health insurance footing the bill.

In the view of other Americans, the Affordable Care Act is a law extending medical care to a larger population of Americans, reducing costs and helping to make the country healthier.

So, which view is correct?

Days ago, the Republican-controlled House of Representatives voted again to repeal the law.

This time, however, with the US Senate also in GOP hands, the prospect of repeal legislation going to President Barack Obama’s desk is a reality.

What is more of a reality, however, is the President’s veto and the Congressional attempt to override that veto.

Also, unlike the past, the Republicans are not only trying to repeal the ACA but they are attempting to cobble together ideas that would be acceptable to a large swatch of the American public and members of Congress.

With this backdrop, we interviewed Dr. Georges Benjamin, the Executive Director of the Washington DC-based and prestigious American Public Health Association (APHA), an organization that speaks out for public health issues and influences federal policies.

In part one of the two-part interview, Bayoubuzz publisher Stephen Sabludowsky questioned Dr. Benjamin about his organization’s position on the ACA and about some of the major controversial components of Obamacare:

SABLUDOWSKY:  Hi this is Stephen Sabludowsky, publisher of Bayoubuzz.com. And today, we have Dr. Georges Benjamin, He is a medical doctor and executive director of the American Public Health Association.  Good afternoon Dr. Benjamin, how are you doing today?

SABLUDOWSKY: Thank you so much. I really appreciate your taking your time, especially at this point in time, with Congress really heating up and obviously our discussion is going to focus in on what is called Obamacare or the Affordable Care Act, and so since the president calls it Obamacare, I think it's fair enough for me to do so also.

Let me ask you this--and obviously, your organization is opposed to any repeal of the Affordable Care Act and I am just wondering if you could explain to us the reason, the purpose, behind the opposition to a repeal.

DR. BENJAMIN: Well, you know, my organization has been supportive of the fact that we believe that healthcare is a human right.  We're in a country that you get your care based upon whether or not you have health insurance or not. Yes, we have safety net systems, but the best way to get insurance is to have that insurance card. And so we have been strong advocates of universal healthcare for all Americans since our inception, really.

So having said that, we think that the Affordable Care Act is a good step forward.   It does a lot of things.   We know that people die simply because they do not have good access to health care and we think the Affordable Care Act goes a long way in reducing the number of people who get ill without getting the illness fixed and die. And so that's why we don't think that it should go away.

DR. BENJAMIN:  All legislation is a compromise and the Affordable Care Act is no exception. There are many many things in that law that was finally passed and signed into law that we would've done differently.  We would certainly have had a public option, for sure in that legislation. We certainly would have wanted to expand Medicaid coverage even higher. We would probably have given even greater subsidies.  So there are many many things that we would probably have  done differently should we have been in control, as an association.

SABLUDOWSKY: How do you feel that it actually, or at least, in terms of the public option, that is not something we're going to see, at least in the next couple of years, next two years and that is because of Republican control of Congress, right now the real concern for many is the possibility of repealing. Now Congress, or at least the House of Representatives, I think for what 56th time, is it, or somewhere around that number has just passed to repeal the Affordable Care Act, Obamacare. Is there anything different about this particular effort?

DR. BENJAMIN: No there's nothing different. The house has been repeatedly doing ceremonious votes, now it's the 56th vote.  The president is going to veto that vote, they don't have the votes to override it.  Assuming they can get it through the Senate as well, the fact is, at the end of the day, Americans should have comprehensive access to affordable health coverage.  The Affordable Care Act has done this for millions of Americans, and it's too far, were not taken this away.

SABLUDOWSKY: The biggest, or well there is quite a number of beefs about the act, number one is the cost and if we have a public option than wouldn't that actually be a greater cost to the United States and the taxpayers?

DR. BENJAMIN: Well not necessarily, the public option would probably have given more competition and it may have actually brought cost down.  You know the Medicare program, at least administratively, is far less costly than private insurance.  You know I actually have private insurance and my company, my members and my staff certainly have access to private insurance.  Having said that, Medicare, which all seniors love and I'm getting near that age and I'm going to love it too is actually, a national public option, and we all love that program.

You know, if my organization had its way, we would be doing Medicare for all. Now we didn't get that. In the public option would be much more competitive but I can tell you that for many many many many more Americans, the insurance that they actually have to pay out-of-pocket under the Affordable Care Act is much cheaper than it was, you know, three years ago.

SABLUDOWSKY: Now I've been hearing, and please help me, because I agree with what you are saying that for many Americans the insurance is actually cheaper, however, down here in Louisiana, I think that many of the voters feel just the opposite. And I think that's one of the reasons why Mary Landrieu is no longer in the U.S. Senate. And from what I am hearing from them who have staunch opposition is that their premiums have increased double and tripled.   I've asked those people to please send me the information so I could see exactly and corroborate, so you're saying that many many

DR. BENJAMIN: have they done that?

SABLUDOWSKY: No, no, no, they have not, not that I would expect them to, but what is reality though, is reality for everybody a lot lower in insurance premiums or is it a whole lot higher? Or is it a combination of both?

DR. BENJAMIN: It's a combination of both. So for the vast majority of people their insurance premiums are less, and even if the premiums went up if you are eligible for a subsidy, your out-of-pocket costs, might be lower. Some people, you're paying the same and remember that, two things are also going on in Louisiana, number one, you did not expand Medicaid, and number two, you have a federally run, basically, health exchange. So, you have a system that doesn't have one where everyone is in and no one out.  A system where everyone in and no one  out, certainly costs are going to come down if you have a very robust health exchange where you have lots of health plans competing, the American way, then you're costs will come down.  So, when you have these bifurcated systems, and people do the cherry picking, that they often do to make their arguments, then you can't get to the truth. The truth is, yes, there are some variations of cost but overall, most people are paying far less out-of-pocket than they did before the Affordable Care Act.

SABLUDOWSKY: Okay another complaint is that the cost of healthcare are increasing and directly because of Obamacare--could you address that please?

DR. BENJAMIN: Well, you know, actually, healthcare costs on a national level are actually greatly slowing.  Now costs go up, we always have “flation” in every part of our economy, inflation occurs, but inflation is occurring much lower than it had been during the Obamacare years.  Now having said that, how much of that is due to Obamacare and how much of that is due to the recession I don't think that anybody really knows, but it's probably due to both.