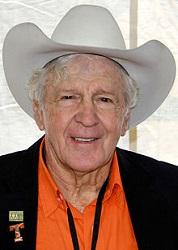 One of the all time great coaches in college basketball passed away this week.  North Carolina’s Dean Smith had retired with more wins than any coach in history, along with capturing two national championships.  But to those who knew him, and I consider myself in that elite number, he was much more than a coach.  He was a teacher, an innovator both on and off the court, a role model, and a real humanitarian.

I was high school senior in 1958, and was hoping to get a college athletic scholarship for either basketball or track, when I first met Coach Smith. He had just been hired away from the Air Force Academy as an assistant at Carolina by then Coach Frank McGuire.  It was common knowledge than Coach Smith was being groomed to be McGuire’s successor.

One spring afternoon, I was called to the principal’s office and told that a Mr. Dean Smith was there to see me. His family waited in an older model Chevrolet with a U-Haul trailer hooked to the back, while Coach Smith told me that he was on his way to Chapel Hill to begin his new coaching career. He had been asked by the coaching staff at Carolina to stop by and recruit me. And in his mild mannered but persuasive way, it didn’t take long to convince me that Chapel Hill should be my new home.

So my “minor” claim to fame in the sports trivia history books would be that I was Coach Smith’s first Carolina recruit.  I ended up being a much better sprinter and hurdler than a basketball player, and I eventually gave up basketball for track. Coach Smith and I joked from then on that even though some guy name Jordan came along a few years later to play pretty well for him, I would always be his “first” college commitment.

When Carolina won its first national championship under Coach Smith in 1982 at the New Orleans Superdome, I was there in that number.  A few weeks after his victory, I received in the mail a blue and white Carolina basketball autographed by Coach Smith, Michael Jordan, James Worthy and the entire Tar Heel team. He told me he had sent it as a special gift to his first recruit.

My son checked on eBay and told me I could sell the ball today for as much as $15,000.  No way, I told him.  It was a gift from Coach Smith.  The ball will stay with me till I die, and then be donated back to the Carolina Basketball Museum in Chapel Hill.

When the state of the art Dean Dome was dedicated as the new Carolina basketball venue in 1986, Carolina kicked off their schedule playing an exhibition game against a Russian all star team.  Coach Smith had great seats waiting at the box office as one of my daughters and I took in this special moment.

Coach Smith brought the Tar Heels to Baton Rouge to play LSU in 1983.  We had coffee before the game, and he was effervescent about how much he enjoyed Cajun Country.  He told me Chapel Hill was the best small town college venue in America, but that Baton Rouge was his favorite bigger college setting. He loved the music, the food, and was a big fan of LSU basketball Coach Dale Brown.

On our way into the Maravich Center for the game, he stopped at the door as we were entering the Tiger’s basketball arena.  “You better go in first Jim,” he told me.  “ I might lose you some votes if you are seen with me.”  I laughed and told him that escorting America’s premiere college coach into the arena was both a treat and an honor for me.

I hadn’t seen Coach Smith in recent years. Few of his friends have. In his declining age, he was diagnosed with Alzheimer’s and Parkinson’s disease.  At my Carolina class reunion a few years back, an old fraternity brother, who was a neighbor of Coach Smith, said that he had gone by to visit but he really didn’t think Coach Smith recognized him.  But then another visitor played the Carolina alma mater and fight song.  Coach Smith got to his feet, put his hand over his heart, and sang along.  The Tar Heal spirit and memory were still in him.

They say in Chapel Hill that God is surely a Tar Heal, because he made the sky Carolina blue.  It’s nice to know the Good Lord is looking after a great coach, a spiritual man, and a special person who touched so many lives in such a positive way.  His legacy will leave a simple imprint.  He just made the world a better place for everyone around him. We will long remember Coach Dean Smith.

More in this category: « Jindal stock downgraded as Louisiana asks Moody's for patience Louisiana's bad news bearers' grind away »
back to top