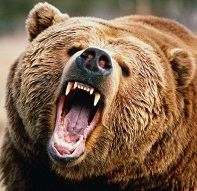 Can you hear it?

Do you hear that gnashing and grinding noise? You may have to be very quiet and cup your hand around your ear, but if you concentrate for just a moment, I bet you can hear it off in the distance. Take a moment and try it. Quiet your breathing and listen very closely...do you hear it?

If it sounds like the grinding of teeth, well, that’s because it is. The “teeth grinders” are out in full force these days, gnashing and wailing away about the terrible condition of our beloved Louisiana.

I am sure you have heard it over and over lately. Oh, the horror of our state. Our government doesn’t have enough money. Our private sector residents have too much money. Our kids are being asked to learn too much stuff. Our school systems are being asked to improve their outcomes too fast. Our private sector economy is growing too quickly, and we can’t keep up with the workforce and infrastructure needs. All seems hopeless. We just can’t compete with others. We just want to go back to the way things were. Our water is too wet. Our ice is too cold.

Let me let you in on a little secret. Not all the answers to our challenges are easy, but my goodness, we have a whole lot more strength and momentum as a state than anyone seems to want to talk about.

Perhaps we could all agree to temporarily stop all the whining, complaining and finger-pointing and take an adult-like approach to issues good and bad in 2015. If that seems like too much to ask, we could begin by slowly transitioning into a somewhat-positive mindset.

We could begin by limiting good news to only one day a week if that helps? On the other hand, maybe we could allow good news to be mentioned every day as long as it doesn’t get above, say, 20 percent of the media, politician or talking head collective coverage of how awful Louisiana is doing? At this point, I’ll take anything to slow down the rapidly rising chorus of grinding and gnashing of teeth that is beginning to reach jet engine decibel levels around the state.

Do we think states like Texas, Georgia, North Carolina, and Florida complain and whine this much about their challenges and harbor this much guilt for any private sector success they achieve? These states have had their run over the last few decades as the economic drivers of the South and it is our turn to take that title from them. This title is attainable if we have the guts and confidence to go out and grab it.

Louisiana has a record-breaking number of private sector workers right now, soon to eclipse the 2 million non-farm workers for the first time in history. We lead the nation in export and manufacturing growth and expect $60 billion to $100 billion in new projects to be built soon in our state. Smart policies and tough decisions have helped create a pro-business environment in this state and our people are beginning to see the benefit.

Our government budgets have challenges for sure, but let’s take a deep breath and have a rational discussion about how best to address these issues. This is a much better approach than the book burning mindset threatening to engulf our economy in flames that is being peddled by some as we get ready for the spring legislative session and the fall elections.

This is partially because bureaucracy and retirement costs for government of all levels has skyrocketed over that same decade. In fact, Louisiana’s state pension costs have risen 80 percent in that time while teacher pension costs have increased 124 percent. These unsustainable cost escalations are making it difficult for government and educational institutions at all levels to spend tax dollars effectively. The private sector and numerous other states have spent the last decade reforming their systems and getting a handle on these costs. We can do it too.

Taxpayers are paying more to state government than expenses demand. In 2013, taxpayers paid $10.3 billion in taxes, licenses and fees while government claimed it only had $8.4 billion to spend. This is due to the restrictions that stop government from spending dollars where it affects Louisiana residents the most.

Projections show that even more help is on the way thanks to a growing economy. The Revenue Estimating Conference (REC) projects that tax collections will improve every year over the next several years, with an estimate of $11.4 billion in tax collections by 2018.

Louisiana’s higher education system is quite large compared to our population needs and other state systems. We have five higher education governing boards, as compared to states like North Carolina that enjoy high-achieving systems with only one governing board. We have 14 four-year colleges for our 4.5 million residents while Mississippi has eight four-year colleges for 3 million people. Louisiana’s collective graduation rate is 10 percent lower than the national average, though we spend more per student than Texas and Florida for every graduate.

Since we have a large infrastructure compared to others, we should be more vigilant at focusing our institutions on degree programs that have shown success and meet workforce demand, while eliminating those degree programs that have poor outcomes. We should empower our higher educational leaders and arm them with the tools to compete with their peers instead of micromanaging their every move. We can reform our system to make it effective and high performing, while also making it more responsive to taxpayers.

We are at a great moment in Louisiana’s history. Our private sector is growing and our public sector is ripe for reforms that would make it more impactful and cost effective. Life is good, and it can get even better. Be proud of Louisiana. Not only proud of whom we are and where we came from, but also on what we can become. We live in a state that is soon to embark on a run that will change our reputation once and for all, propelling us to the economic leadership position in the South we have long deserved.

Let the teeth grinders gnash away at their doom and gloom; I think it is long past time we gave them something else to chew on.