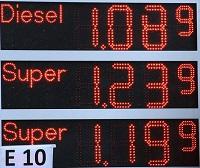 Is Governor Bobby Jindal wrongfully being blasted for the astounding  $1.6 B looming budget deficit Louisiana is facing?  Or is he and the State of Louisiana’s unfortunate mere victims to the cascading price of crude oil?

Lately, Jindal has been plummeted over this budget mess since he has been so prominent on national political stage.  The media giants such as Politico, NYTimes and others have questioned his fiscal record, given the enormous upcoming deficit.   Jindal, who hails himself as an expert in healthcare and education has offered national plans while the already-hobbling Louisiana higher education and healthcare systems find its own funding environment in a condition that could cripple the most healthy.

However, Jindal, who has been fast to publicly call out Obama  claiming the president refuses to take responsivity for current national conditions, has put up a stern defense.   Instead, while informally running for Obama’s job, the Louisiana governor has been quick to claim that the “vast majority” of the budget shortfall is due to a substantial gap suddenly appearing at the bottom of the world crude oil price bucket.

For example, on Wednesday, while at an economic development event, Jindal fielded media questions focusing upon his record, the budget and oil impact.

Minutes into the must-listen-to press conference, Gov. Jindal responded to a reporter’s question about the budget deficit.  Here is the transcript of the relevant portion.  The complete audio can be found here.

From all indications, Jindal appears to be saying the roughly $1.6B “continuing budget”  deficit is based upon anticipated increases in expenditures that can be eliminated by more efficiencies.   The difference between the continuing budget deficit reduced by those efficiencies and reduction in other budget growth, would leave the state with a real deficit.  That real deficit number according to the “World of Jindal” has “largely” been caused by the free-falling crude oil prices.

Julie, the reporter during the press conference  probed further into this question which has recently resonated in the national media:

As reported in the NY Times, As Jindal’s G.O.P. Profile Grows, So Do Louisiana’s Budget Woes:

So is Jindal talking a strange form of Louisiana-budget language that only he and his administration can comprehend?  Or, have the precise questions not yet been asked of the Governor to understand his own appreciation of Louisiana budgetary history?  Or, do we already know the answer?

Our query goes back to last summer.

Throughout the 2014 legislative session and thereafter, there was much talk about the enormous budget deficit Jindal would be facing in his last year in office, 2015.

Two months later, on August 14, 2014, a joint legislative budget committee met to look at how bad the deficit might be.  On that day, oil prices were at roughly $97 per barrel had dropped only $10 per barrel from the roughly $107 per barrel high from mid-June. 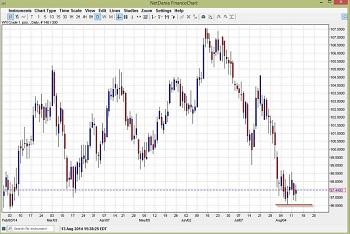 Over the past seven days when Jindal’s budget has been in such media scrutiny, crude oil has ranged from $49 to $53 per barrel, a drop of roughly $46 per barrel since the August 14 meeting when Louisiana legislators were looking at the $1.2 billion dollar deficit. 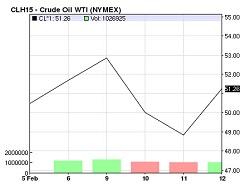 So, let’s look at the numbers.

Jindal seems to argue that the continuing budget should be reduced because it includes annual increases in expenses that can be eliminated by (more) efficiencies.   This year is no different.  Every year, and virtually every mid-year emergency massive budget shortfall is remedied in part, by these suddenly discovered efficiencies (which raises the question why couldn’t these inefficiencies have been eliminated so many forced-budget cuts ago, and just why have they been allowed to go untouched by the budget knife, so many emergencies in the past?).

Nonetheless, assuming the government growth can be cut by these efficiencies and other new-found ways,  the remaining budget deficit must be the real budget hole that Jindal alludes to, which the governor  claims the “vast majority” of the dollar gap directly caused by the unfortunate turn of events, that nasty oil drop.

Assuming even further that we have been victimized by recent external events, there surely is no question that Louisiana’s own “oil” well has totally run dry over the now-seven years of the Jindal administration’s budgetary practices.

Which all means that Louisiana somehow will stumble out of a budget crises that was clearly identified way before oil prices has shook our bedrock of security.   How we fill this long-expected fiscal disaster canyon without being able to resort and further deplete more one-time money pots,  will be as fun to watch as a barrel of presidential-ambitions monkey-shine.