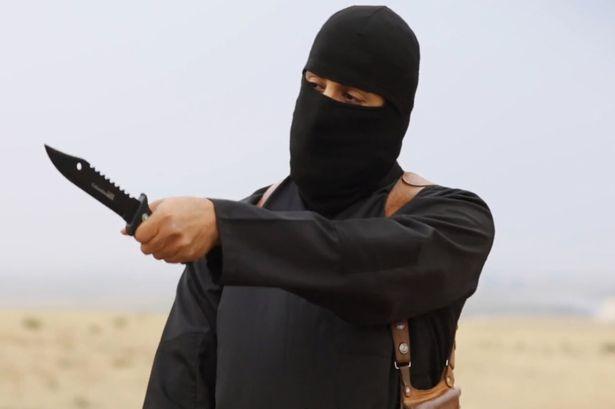 In a recent interview, State Department spokeswoman Marie Harf said that to fight terrorism, “we need to go after the root causes that lead people to join these groups, whether it’s a lack of opportunity for jobs….”

In other words, we can fight terrorism with a jobs program, sort of a stimulus program for the jihadists.  If we only have enough shovel ready jobs for the jihadists, there will be no terrorism. How amazing naïve, how utterly unrealistic and how terrifyingly stupid, but this is the mentality that is prevalent throughout the Obama administration.The history of Islamic terrorism is replete with examples of very rich Muslims, such as Osama Bin Laden, who join the jihad and kill for one basic reason and it is not the lack of a job. They kill the “infidels” because of their commitment to their Islamic faith, their interpretation of Islamic doctrine and their desire to serve Allah. It is why so many Islamic terrorists shout “Allahu Akbar” when they kill innocent people.Harf either does not understand the threat we face or is purposely ignoring the threat, but, either way, it is troubling. Her “jobs” theory took another hit this week with the revelation of the identity of “Jihadi John,” the masked man seen in Islamic State videos beheading innocent hostages. According to multiple media and governmental sources, the masked man is Mohammed Emwazi, a 26 year old who was born in Kuwait, but moved to London at an early age.In London, he attended fine schools, was brought up in a well-to-do family and received a degree in computer programming from the University of Westminster in 2009. In fact, he found employment as a computer programmer, but that job did not stop him from becoming radicalized.According to Shiraz Maher of the King’s College radicalization center, Emwazi may well have travelled to Syria in 2012, later joining the Islamic State. In Maher’s view, Emwazi’s route to terrorism was not caused by the lack of economic opportunities. He said Emwazi’s case is similar to others who join the jihad who are “by and large upwardly mobile people, well educated.”  The disclosures about Emwazi and the vast majority of those who join Islamic radicalism should debunk the theory held by Harf and others in the Obama administration “that these guys are all impoverished, that they're coming from deprived backgrounds.”  Emwazi joined the Islamic State to commit terrorist acts and kill infidels. He was not looking for a job; he was looking for a religious crusade. He was motivated by religious fervor, not financial considerations.Back in 2010, the British government recognized that Emwazi was becoming radicalized and prevented him from traveling to Tanzania. Reports indicate that the government was concerned that Emwazi was going to join the Islamic terror group Al-Shabaab.Incredibly, some pro-Muslim activists criticized how the government dealt with “Jihadi John” and blame his terrorist activity on their “mistreatment.” In reality, he was only targeted for surveillance due to his radical associations. If the government could have stopped him from traveling to Syria in 2012, possibly he would have never been able to join the Islamic State.At the current time, “Jihadi John” is not using his computer programming degree; he is engaged in 7th century barbarism, beheading innocent hostages who have the misfortune of being captured by the Islamic State.Unfortunately, at a time of great crisis, the country is being led by an administration that does not want to recognize this reality and refuses to admit the threat emanating from Islamic terrorism or even call it by its name. They prefer the title of “extremism,” a meaningless term for an administration engaged in a meaningless response to Islamic terrorism.