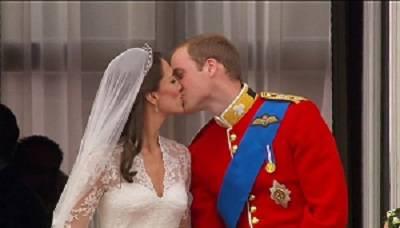 Kate Middleton stepped out the other day to visit The Goring Hotel, a venue favored by her parents, who hosted the Middletons’ family guests there for the Royal Wedding of Kate to Prince William a few years ago.  She didn’t wear a coat of any kind, despite the chill, and she wore a tight-fitting flowery dress that showed off, well...showed off...something.

I won’t say that it was an eight months’ pregnancy bump, because it looks nothing like that.

Or is it a seven months’ pregnancy bump?

But that flowery dress...and Kate’s bump....

It looks more like Kate stuffed a sweater down her front.  And Kate’s alleged pregnancy bump looked, well...bumpy.  Lumpy.

Kate, observed the Daily Mail, is “still wearing regular fitting clothes, despite being seven months pregnant. How does she do it?”  http://www.dailymail.co.uk/femail/article-2975886/The-royal-seal-approval-Pregnant-Duchess-Cambridge-glamorous-purple-Goring-Hotel-s-105th-birthday-party.html.

Indeed!  How does she do it?

I TOLD you already– she stuffs a sweater down her front.

Well, I am just guessing, honestly.  But the Daily Mail headline grabbed my attention because, well, isn’t Kate eight months pregnant now?  Why does the Daily Mail say “seven months?”

Then the Daily Mail said that Kate’s worried-looking and heavily lined face showed the “strain of a busy schedule.”

Really?  I thought that Kate and Prince William only just got back from their luxury Mustique beach-and-costly-villa vacation!

It’s true that Prince William had to dash off to represent the Crown in Japan and China, and photographs show him to look exceptionally relaxed and rested.  In some, William is even smiling, which in his life with Kate now seems to be a rare facial expresion.

But Kate herself did indeed look “strained” as she exited the Goring with her sweater bump.

Maybe Kate’s strain is about that rumor that she almost miscarried, and suffered “severe abdominal pains” which happened, of course, while Prince William was away on his Asian tour.  Of course, the Palace, or whatever passes for it, is now denying that Kate ever went anywhere, and especially not to hospital, and most certainly not because she was in danger of miscarrying.

This is the official word.  Or words: “No miscarriage.  No pregnancy scare.”

Right.  Because to have those things, one must be officially pregnant.  And stuffing a sweater down one’s flowery dress front doesn’t count.

Anyway, those Birth Truthers, who I must say almost have me convinced of their position that Kate’s tummy protrusion is nothing more than a sweater stuffed down her front, say that the rumor of Kate’s threatened miscarriage was planted just to convince everyone that Kate really is pregnant.  The drama, the drama, the drama!  http://au.ibtimes.com/pregnant-kate-middleton-rushed-hospital-after-having-severe-braxton-hicks-contractions-report.

Supposedly, Kate’s assistants had “no choice” but to call Emergency Medical Services to take Kate to hospital because Prince William was out of the country on his royal tour.  So that means that there are witnesses, and perhaps even a record, if Kate really did go to hospital and spent the night, as was reported.  http://au.ibtimes.com/pregnant-kate-middleton-rushed-hospital-after-having-severe-braxton-hicks-contractions-report.

But is any of this true?

Some celebrity blogs that are often “in the know” or maybe just good guessers say it’s all a made-up story.  http://www.celebdirtylaundry.com/2015/kate-middleton-health-scare-duchess-rushed-hospital-royal-family-on-high-alert-fearing-premature-labor/.  The blog “Gossip Cop” outright accuses “Star Magazine” of making the whole thing up.  http://www.gossipcop.com/kate-middleton-rushed-to-hospital-emergency-pregnant-2015/.

Why would anyone do such a thing?

We don’t know who’s making all these dramatic telephone calls, but somebody is, because outlets like “Star Magazine” don’t just go around making things up, especially things like Royal Family things.  I mean, they may be kinda flighty, gossipy mags, but “Star” prides itself on having “sources.”

Who was the “source” for the “Star” story that Kate Middleton had severe abdominal pains that caused her to fear for her sweater-fetus?

We don’t know, but “a source close to the Royals” may mean Mama Carole, sister Pippa, or brother James, who seems to need the money, given his various failed businesses.  But the money that can be earned by being “a source close to the Royals” gives any number of family, friends, and retainers and employees a powerful incentive to talk, or whisper.  And, the Birth Truthers claim, that now, pregnancy stories are needed to offset the odd-looking photographs like someone supposedly being seven or eight months’ pregnant when what they’ve really done is just stuff a sweater down their front.

Whatever.  I am just glad that the baby or the sweater of whatever is going on inside that flowery protrusion is okay.

More in this category: « As predicted, LSU frees Bill Cassidy Another bad week for Bobby Jindal and Louisiana »
back to top