In Louisiana, is the governor always in charge? 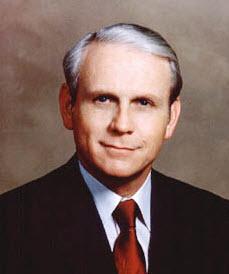 In his quixotic quest to run for president, Louisiana Governor Bobby Jindal has been out of the state 50% of the time in recent months. He’s rarely been visible in his home state, but voters are getting to know him far and wide in the likes Iowa, New Hampshire, Florida, and numerous other states with early presidential primaries. So the question is — who’s in charge when the Louisiana Governor is on the campaign trail?

The Baton Rouge Morning Advocate posed this question to Jindal’s press secretary recently.  The response was, “the Governor remains the Governor wherever he is.” Apparently, the mindset is that the governor is always available by phone or email, so he never really is “away.” Not so, says the Louisiana Constitution, where clear language states:  “When the governor is temporarily absent from the state, the lieutenant governor shall act as governor.”

The most recent constitutional convention, which was held in 1973, was called by the Louisiana legislature to update and rewrite the state’s founding document. I was a co-author of the legislation creating the convention, and I also served as an elected delegate for the one year undertaking to draft a new constitution. With little controversy, the convention overwhelming adopted the provisions that put the lieutenant governor in charge when the governor is out of state. The intentions of the delegates were quite clear.

In 1973 there were no cell phones, but landlines, of course, were abundant. However, Louisiana had experienced numerous blackout problems during hurricanes. Phone lines went dead during the storms and the delegates to the constitutional convention wanted provisions that, under emergency conditions, someone on the state level would be physically in charge. They had the savvy and the foresight to see that regardless of communication breakdowns, Louisiana would be best served by an onsite governor during an emergency.

Granted, communication systems have become much more sophisticated today, but the importance of the provisions still applies. No better example can be found than the Katrina experience. Cell phone and Internet service failed, and local television and radio stations were off the air. An absentee governor would not have been able to communicate to first responders, the state police or the National Guard. No matter how electronically “tuned in” an out of state governor might be, the delegates felt that a major emergency needs “hands on” leadership. And they were right.

Was another statewide official ever called on the issue of an executive order from the Governor’s office? Yes. On several occasions, I filled the role as Governor to deal with an anticipated emergency. I was elected Secretary of State in 1979, and the office is second in line to the Governorship behind the Lieutenant Governor. On several  occasions, both then serving Governor Dave Treen and Lieutenant Governor Bobby Freeman were out of the state and I got the call.

The first time was in the fall of 1980. I had been in office for a little less than a year, and I was attending a national convention of Secretaries of State in Atlantic City. My wife was along, and we had tickets for one of the final concerts of Frank Sinatra and Dean Martin. This was a big deal back then, and an event my wife and I did not want to miss.

Late in the afternoon before the concert, the phone rang.  The Governor’s executive counsel, Sonny Mouton was on the phone along with then Commissioner of Administration Bubba Henry. They quickly told me that both the governor and the lieutenant governor were out of the country, and they needed me to get back to Louisiana immediately to call a much-needed special session of the legislature. “I’d be glad to,” I told them, “first thing in the morning.”

No, they told me — the call had to be signed by midnight. What a dilemma.  Either Frank, Dean and me hangin’ out (well, sort of), or back to Louisiana on a late flight. I reluctantly opted to skip the concert, and fly back to New Orleans. A State Police helicopter met me on the Delta runway, and I signed the needed document minutes before the midnight deadline.

Should the law be changed to have the governor in charge at all times?  There are pros and cons, particularly in a state that is as disaster prone as Louisiana. Right now, a succession in command is the law. So when Governor Jindal continues his travels around the country, he needs to know that there is someone back home looking over his shoulder. Whether he likes it or not.

“A governor kind of looses the opportunity of symbolic leadership of being on the front lines when he is out of the state.”