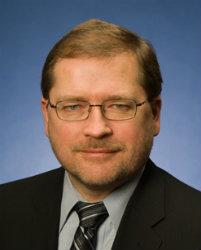 Gov. Bobby Jindal’s bewildering tax schemes to salvage what’s left of higher education and health care may fail for two simple reasons: They are tax increases that the state’s business community strongly opposes, and they are built on a foundation of ridiculous semantic deceptions.

I’m not against raising taxes to support higher education and health care. I only wish Jindal and his allies had the courage to call a tax a tax. The convoluted way they are seeking new revenue undermines their efforts to balance the budget without devastating cuts.

None of their silly machinations would be necessary if Jindal hadn’t surrendered the state toGrover Norquistand his organization,Americans for Tax Reform(ATR). Jindal swore an oath to the state’s Constitution, but that’s far less important to him than the solemn anti-tax-increasepledgehe made to ATR.

By pledging allegiance to Norquist, he betrayed his constituents and outsourced his judgment on revenue policy to a Washington resident who has no stake in Louisiana’s future. After bringing the state to the brink of financial ruin, Jindal and staff recently prostrated before Norquist. They invited the great revenue savant to opine on their plans to find enough new revenue to close a $1.6 billion shortfall.

Your eyes do not deceive you. Jindal “regularly” allows Norquist to decide what legislation he can and cannot offer to the Legislature.

Read more of this blog that appeared today on BobMannBlog.com and Nola.com

More in this category: « Three-way-gay-marriage throuple coming to town near you? Louisiana smart enough to understand and embrace Americans for Tax Reform's fix? »
back to top