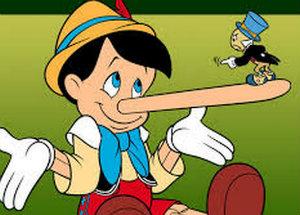 Early this morning,  as combing through the news, I thought to myself—“hey, it’s Monday.  Louisiana Governor Bobby Jindal must have a new column somewhere in the national media.  If so, this would make it his 48th column in recent years.”  Maybe it is his 49th, I have lost track.

Indeed,  I was correct.  Jindal did pen another oped  but this one for USA Today.  This column focuses upon the Louisiana economy and budget.

Which comes somewhat as a surprise.  Governor Jindal normally writes about matters that mean as much to lives of the average Louisiana citizen as the shelf life of Boston Beans.   The governor has been quick to offer his opinion on the existence of No Go Zones in Europe or shutting down air traffic from Eastern Africa--to stop Ebola entering the country--or other subjects that have little or nothing to do with the lives of those paying his healthy six-digit salary.

But, today is different.  In his USA piece, he has told the world the message he normally reserves for his national interviews—“the Louisiana miracle”.

Which is a good thing, I suppose.  After all, the state is in such pitiful shape maintaining its place at the bottom of most important national lists and now suffering from the horrors of an enormous budget hole.   As a result, since Jindal is always on the national road to the White House, he has been receiving pitiful national news coverage as of late.  He ranks at the bottom of most of the national polls for GOP hopefuls.  The media have finally been asking about his job back home on the range.

But, the USA Today piece targets the middle class readers—most who know little or nothing about Jindal or the current Louisiana budget disaster.

Writing columns for national media has become an inexpensive way for the Louisiana governor to get free national publicity without spending a penny of whatever funds he is using to pay the campaign freight.

And, it looks like the national audience loves his messages.

Recently, Jindal’s staff proudly circulated, via email, a Time Magazine article naming Jindal as the country’s next top columnist. .  Not  surprisingly, the press staffer did not mention that polls have placed Jindal as being the most unpopular governor (or at least competing for that spot) in the country.  But, that’s another story.

So, what did our governor tell the nation about our state and his abilities to govern?

Since 2008, Louisiana's economy has grown nearly twice as fast as the national economy, and private-sector employment has grown at a rate of two-and-a-half times the U.S. rate, while our budgeting practices have earned our state eight credit rating upgrades. We now have more people working and living in Louisiana, with higher incomes, than ever before.

For next year's budget, a dramatic drop in oil prices has meant less money for state government. That's OK. It should come as no surprise to anyone that we plan to address this challenge by continuing to cut the size of government without raising taxes.

Sounds great, if it were the whole truth, which is:

The “whole truth”, however, is a totally different story altogether.  Louisiana’s economy, as measured by the GDP, spiked in the early years of Jindal’s governorship, but, only because of the massive infusion of money coming in from the federal government as a response to Hurricane Katrina.  The economy, according to the government numbers, has actually fared substantially worse than the national average during the last few years under the Jindal administration.

Oil and the budget:

It is true that a dramatic drop in oil prices has meant less money for state government for next year’s budget.  Again, Jindal does not tell the entire story, which most local media and legislators know now so well.  The Louisiana governor is blaming the oil price drops which indeed are taking a toll on the state’s budget.  He, however, fails to mention that the state was in a $1.2 billion dollar hole before the oil started to make its dramatic drop.  That drop is directly attributed to Jindal’s pitiful record of  budgeting—spending money the state doesn’t have, selling state properties, using funny money, draining government funds, using the state’s credit card to pay for the state’s general fund.   Now, it’s future shock time for Louisiana.  The cupboard is bare and the state is scrambling to keep its healthcare and education systems above water.

But, “truth” is something the governor speaks about often when on the national circuit.  For example, the governor talks about government officials needing “courage” to tell the “truth” to the public.  In a recent ABC interview  Jindal said:

JINDAL: Well, George, if I do decide to run, and something I'm seriously looking at, I'm praying and thinking about it, but if I do decide to run I think this country, I think our nation, needs leaders who have the courage to speak the truth to us. And unfortunately we don't have that right now.

I'll give you an example, earlier this week I gave a speech in London where I talked about the threats of radical Islamic terrorism. I know it made a lot of people upset, but we need leaders to tell us the truth. For example, people coming to our country need to integrate, need to assimilate. So I think people are looking for leaders that are willing to take on the big challenges

Jindal is right--we need leaders to be honest, especially those who are lecturing others about mustering courage to tell the truth.

Who know, maybe he will address his repeated failures to be "courages" and "tell the truth" the next time he writes for Forbes, Wall Street Journal or Politico.