How does Louisiana get out of this budget mess, who to blame? 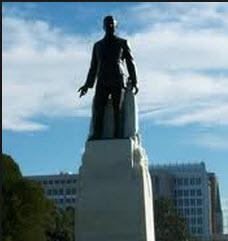 by Rep. Tim Burns, Member of the Louisiana House of Representatives

Louisiana is facing perhaps its worst fiscal crises in decades and this time no one is exaggerating for political rhetoric purposes. I spoke recently to the state’s chief economist, who put it quite bluntly; “We have a $1.6 billion deficit and this one is REAL. Listen to me! It’s REAL!” It’s not as if the other deficits were fake, but they always happened to be paired with some handy one time money to fill the gap. This time there’s no Katrina money or stimulus money or BP money or rainy day money or some other money pot or two tucked away somewhere convenient that’s going to magically appear to save the day.

To make matters even more interesting, a powerful national group, the Americans for Tax Reform has become involved in the budget battle and Louisiana’s governor, Bobby Jindal, appears to be actively seeking the Republican nomination for President. So our little state problem now has national implications.

SO HOW DID LOUISIANA GET HERE?

There is plenty of blame to go around and I’ll even accept my share for supporting all of the business incentive legislation during my time in Baton Rouge. But if you want to really start at the beginning, you can blame the guy whose statue faces the State Capitol and whose indelible imprint on the structure of Louisiana state government persists today. During his dynasty in the 1920s and 30s, Governor Huey Long created a powerful, centralized state government which controlled all the money and ran the state in a populist tradition of two chickens in every pot, a college in every community, and state support of many local functions such as law enforcement and K-12 education.

This overbearing state structure works well during flush times like oil booms and disaster windfalls, but tends to sputter when the going gets rough and state government finds itself saddled with paying increasing inventory tax credits on local ad valorem tax and having a large share of its budget spoken for in the Minimum Foundation Program for local schools. In addition, with few exceptions such as the rainy day trust fund, state government has not done a particularly good job of “saving” money, either spending it or refunding it to the taxpayers.

While refunding money to the taxpayers in the form of repealing Stelly or excess itemized deductions certainly feels warm and fuzzy at the time, you better be damned sure that you don’t need the money because you can’t just ask for it back. An editorial in USA Today, http://usat.ly/196sZvm, highlighted the fiscal problems of two states which cut taxes, namely, Louisiana and Kansas.

Louisiana budget problems are also exacerbated by its constitution, which restricts the legislature’s ability to spread the cuts. Many departments were proactive in protecting their budgets in the constitution, and those two areas of which were left out when the music stopped (in a high stakes game of musical chairs) were higher education and health care. Not surprisingly, these two areas bear a disproportionate amount of fiscal pain. In addition, the constitutional provisions also make it very difficult to reform institutions such as higher education such as many of the changes require a two thirds vote and it’s sometimes difficult to get two thirds of the legislature to agree on what day it is.

SO WHAT DOES LOUISIANA DO? I don’t think we have any other choice but to bite the bullet and look for revenue options, as a $1.6 billion cut focused on two areas of the state budget, which have already been significantly cut over the past five years is going to be devastating. And this time, It’s REAL!

I’m a conservative Republican, but I don’t think that it’s necessarily COMMUNIST TO MAKE BUSINESSES PAY FOR THE PRIVILEGE OF DOING BUSINESS IN YOUR STATE, particularly one with abundant natural resources such as Louisiana. Average citizens pay for the privilege of using resources of the state so business should also.

Ideally, the tax system should ideally be broad-based and equitable, being based upon someone’s ability to pay and/or their use of government services. However, existing tax incentives deserve a different level of scrutiny since they constitute special treatment and are generally targeted to certain industries, that are favored for some policy reason or because the state expects some type of economic return, such as job creation, infrastructure improvements or some other economic gain. Since average people don’t get these kinds of incentives, they should be granted with care and the state needs to get something worthwhile in return. Otherwise, why do it?

Despite the position of the Americans for Tax Reform, I think Republicans can modify tax incentives to obtain a fair return to the state without going to hell.

BUT IN EXCHANGE FOR BEING BAILED OUT, CERTAIN LOUISIANA INSTITUTIONS NEED TO ACCEPT STRUCTURAL REFORM. If the legislature is going to go to the business community and ask them to help reform business tax incentives, it is fair to request that recipient institutions, such as higher education, accept structural reforms.

LOUISIANA HAS TOO MANY FOUR-YEAR COLLEGES, FIVE TIMES AS MANY PER CAPITA AS THE STATE OF FLORIDA.

During the time that the education industry is going through perhaps its most starkest makeover in a century with the advent of digital learning, Louisiana is decidedly old-school with too many colleges, too many deans, too much redundant administration, and too many Boards.

I have nothing against colleges. I know that they are an important part of the communities that they serve. But no one doubts that the current higher education system is not only inefficient but not sustainable fiscally. The choices for higher education are to accept some reform or remain committed to a slow painful death.

THE LEGISLATURE HAS STUDIED HIGHER EDUCATION REFORM, BUDGET REFORM AND TAX CREDIT REFORM and it’s time to act. Prof. Jim Richardson is presenting his thoughts to the joint revenue/tax committees tomorrow and his thoughts will be quite interesting. Stay tuned.

At the Republican retreat last week, I made a comment about the voodoo junk science tax accounting used by the Americans for Tax Reform to Tim Barfield, who was presenting and heads the Louisiana Department of Revenue. Mr. Barfield responded that my comments were spoken like a true term limited legislator, which I am. Although I may be term limited, I’m certainly going out with a bang.