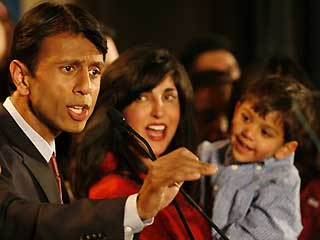 ell, the reign of Bobby Jindal is coming to an end thankfully. He is weeks away from delivering his final address to the Louisiana Legislature. His speech will undoubtedly focus on his agenda to deal with the state’s horrific fiscal problems. We are facing a $1.6 billion deficit and the options are not very palatable.

The Governor’s agenda in this fiscal session will be as unpopular as it was in the last fiscal session two years ago when he tried to remake the state’s tax system. In that session, he totally punted on his agenda, so it will be interesting to see if he does better this time.

One of the problems for Governor Jindal is that he is not very popular in the Louisiana Legislature. State lawmakers complain that they have very limited access to Jindal and only see him on the first day of a session and then on the last day. He invests no personal time in building relationships with legislators or working on his agenda.

In fact, his unpopularity with legislators is on par with his unpopularity statewide. In a new poll, conducted by the Mississippi based consulting group, Triumph Campaigns, Jindal scores an all time low approval rating of 27%. The pollsters are not affiliated with any statewide campaign, so their independent results should be given extra credibility.

What happened to Bobby Jindal? Why the unpopularity? Initially, Bobby Jindal benefited from buyer’s remorse and was elected in 2007 as voters rewarded him with the office they had denied him four years earlier. In 2011, he was re-elected because he had amassed a massive campaign war chest and faced minimal opposition. Unfortunately, he turned the initial feeling of goodwill from the people of Louisiana into a feeling of good riddance. He turned his back on Louisiana, a state that continues to struggle with the same problems of crime, poverty, crumbling infrastructure, coastal erosion, budget woes, skyrocketing healthcare costs and a crisis in higher education.

Jindal placed his national aspirations ahead of the people’s business. It was evident from his first day in office, but it has become worse in recent years. In 2013, the Governor spent 20% o his time outside of Louisiana, but, in 2014, he was out of the state an amazing 45% of the time.

This year, his travel schedule has only increased. Soon, he will be announcing a presidential campaign and we can expect to see him on rare occasions only. Jindal’s travels outside of Louisiana have been mostly centered on personal matters such as his fundraising and political campaigning, not on official Louisiana business.

Every time a Louisiana voter sees Jindal on a national television interview, there is a feeling of resentment. He is being paid to do an extremely important job, serve as the chief executive of our state, yet he acts totally disinterested in the position. He prefers to offer “solutions” to national problems, while neglecting the tremendous challenges in his home state.

Ironically, despite his single minded focus on his presidential campaign, the results are rather unimpressive. In fact, his presidential campaign is floundering. Jindal finished close to the bottom at CPAC in January. Recent polls in key battleground states show Jindal registering at only 1 or 2%, if at all. He comes in last in the Real Clear Politics Iowa poll average and this is in a state where he has invested more of his time and energy than Louisiana.

The next Governor of Louisiana cannot get here soon enough. Simply, the people of Louisiana are disgusted by Bobby Jindal and ready for him to move to Washington D.C. He will not be moving there as President of the United States, but maybe a television network will hire Governor Jindal as a talking head. He has plenty of credentials; he can talk fast, recite loads of statistics and make false statements about his resume and so-called achievements as Governor.

His best bet might be to apply to NBC News, the network that gave us Brian Williams. They like to hire people who lie about their accomplishments. Just imagine, Bobby Jindal, the next NBC Evening News anchor, what a perfect fit!

More in this category: « Who's The Globe's tattler for Camilla, Phillip black eye pop? Chehardy: Vitter vs. Edwards, maybe Landrieu and Jindal, a GOP drag »
back to top