The birther of Jindal's constitutional problem 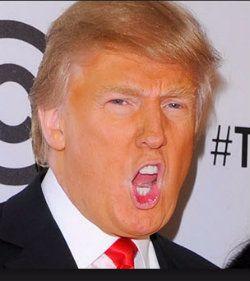 Yeah, we know. We have to narrow that down a bit.

We already know about his ethical and moral problems. But more specifically, he has a major constitutional problem.

And all you birthers out there who have gotten your innards twisted in knots trying to prove that President Obama is (a) not a U.S. citizen and (b) is a closet Islamist working from within to bring this country down, we have a new assignment for you along those same lines.

And you aren’t going to like it because this time the shoe is on the other foot, i.e. the right (as in right-wing) foot. What follows has been alluded to on several occasions in comments to blogs and online news stories but to our knowledge, no one has written extensively on the subject.

Now pay attention because this gets a little dicey and will require that you follow some logic and everyone knows by now that Gov. Bobby’s faithful followers aren’t very logical. They seem to prefer that he do their thinking for them.

In fact, not quite two years ago, Gov. Bobby even appointed Perkins to the Louisiana Law Enforcement Commission, though Gov. Bobby’s office, for whatever reason, steadfastly denied the appointment until it finally became the subject of national news. http://cenlamar.com/2013/09/26/bobby-jindal-appoints-unethical-hate-monger-tony-perkins-to-law-enforcement-commission/

About that same time, Gov. Bobby attended a Family Forum banquet and posed with Mills as the two held Mills’s “Gladiator” sword, whatever that is.

And just last month, it was learned that Gov. Bobby will be traveling to Israel next fall as the special guest of Perkins’ FRC. http://www.nola.com/politics/index.ssf/2015/02/bobby_jindal_israel_tony_perki.html

Perkins and Mills, both personally and through their respective organizations, have continued to oppose abortion and to maintain that life begins at conception. That, of course, is their right but it’s important to point out here that Gov. Bobby is right there with them on this issue, even vetoing a bill that would have allowed contracts for surrogate births. In vetoing the bill, he said life is created by God, not a test tube.

In fact, Gov. Bobby has claimed that it is a biological fact that life begins at conception.

Are you keeping up? We hope so, because it’s about to get a bit more difficult to follow.

According to the U.S. Constitution, one must be a natural born citizen of this country to become president. And we concede that Gov. Bobby was indeed born in this country on June 10, 1971.

Without wading into the argument ourselves about just when life begins, it is nevertheless important to note that his parents immigrated to America from India when his mother was three months pregnant—meaning that while he may have been born here, he was actually conceived in India.  http://www.nytimes.com/2007/10/22/world/americas/22iht-22louisiana.7991675.html?_r=1&

So here’s the logic: If life begins at conception, a claim Gov. Bobby says is supported by biological fact (and remember, he was a biology major at Ivy League Brown University), and if he was conceived in India, then he would have to necessarily be considered a native of India and therefore constitutionally disqualified from seeking the U.S. presidency.

We know that’s a bitter pill for him and Timmy Teepell to swallow, but the facts are the facts—and they are supported by no less than biological science, according to none other than Gov. Bobby himself.

So, the way we see it, he’s in something of a pickle. He has boxed himself in, outsmarted himself, as it were. Consequently, he now has no choice other than to announce that he not only will not, but cannot, seek the Republican nomination for president because of that pesky little constitutional prohibition.

We are certain that a man of his unimpeachable ethics and high moral character would never wish to ascend to the presidency on the mere technicality that he was born in this country when it must be his inevitable conviction that his life began at conception—in India.

As an added twist to the plot, let’s consider the question of religion.

Some of Obama’s detractors, and there are many (and we’re not exactly fans either, for that matter), have tossed out broad hints that he may just be a secret Islamic agent in disguise with the intent of bringing down this country on behalf of his Islamic brotherhood.

But wait! Isn’t he a Baptist? No matter. That’s just his cover.

Well, then, what about Gov. Bobby?

That’s not fair, his supporters (mostly limited to his staffers by now) might protest. Everyone knows he is a devout Catholic. Why, by his own admission, he even performed an exorcism while a student at Brown.

And what about all those visits to the north Louisiana Protestant churches where he handed out those giant federal checks to communities during his first term?

Pretty clever, eh? Pose as a good Catholic, conduct an exorcism and even write a paper about it later like it was the real deal and then suck up to the Baptists just to support your cover. Quite the chameleon. But deep down, he could be a Hindu—like his parents. Why, his parents could have been dispatched to this country by the Hindu hierarchy with the express intent of grooming him for the presidency just so he could then dismantle the entire country in the same manner that he has destroyed Louisiana’s economy, higher education and health care and then hand the entire country over to India.

We have to be completely honest, however, and admit that scenario is not only lame, but downright ludicrous. Offensive? Maybe. Politically incorrect? Most definitely.

Frankly, we much prefer the life at conception disqualification theory. It smacks of just enough hypocrisy to fit Gov. Bobby like a glove.

Plus, if it gains traction, Timmy Teepell might even actually find it necessary to go out into the private sector and work for a living like the rest of us.

More in this category: « John Bolton PAC backs Vitter with endorsement and $10,000 campaign contribution Jindal's tax pledge not trickling down as Demos blast Vitter »
back to top