Jindal's tax pledge not trickling down as Demos blast Vitter 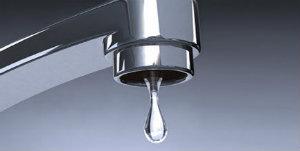 Is Louisiana “exhibit 1” to prove that “trickle down” economics just might not work—at least in this state, at this particular time-- with a canyon-like $1.6 billion budget deficit hole to fill?

Are some Louisiana politicians, even the most conservative republicans abandoning the doctrine of “supply-side economics” due to the money pit threatening to cripple, if not destroy, the Louisiana higher education and healthcare systems, as we know them?

Are the Democrats, in a rare moment of glee, enjoying the prospects that the mess they claim Governor Bobby Jindal and the Louisiana legislature has made over the past seven years, is coming home to roost.   The Louisiana democrats, who have been walking in the political desert these past ten years, just might be seeing the signs of water. Indeed, the Louisiana natives are angry.  A recent poll shows the boy-wonder, Bobby J. to be hemorrhaging with only a 27% popularity.   The demos sense, an environment like this could pay dividends this upcoming legislative session and fall elections seasons.

Interestingly, perhaps at the center of this political land-shift is Bob Mann of LSU, former aide to Senator John Breaux and Governor Kathleen Blanco.

Mann, who authors the BobMannBlog.com, taunted the republicans in a recent column.  Given the state capitol sea of fiscal red, he dared them to continue their “tax-cutting ways”.  This week, he disclosed that things are so bad, that all of the candidates for governor are abandoning our White House-obsessed governor’s Grover Norquist anti-tax pledge orthodoxy.  All of them--leaving the sinking ship-- including  US Senator, David Vitter.

In his February blog, Mann wrote, “Come on, conservatives, I dare you. If there ever was a time when Louisiana’s supply siders should enact their economic theories, it is now. Louisiana faces a devastating $1.6 billion budget shortfall in the coming fiscal year. Tumbling oil prices are partly to blame, but the state’s predicted revenue shortage before oil prices collapsed was a whopping $1.4 billion.

Louisiana government badly needs more revenue, and anti-tax conservatives like Gov. Bobby Jindal have preached for years that the surest way to stimulate the economy (and produce more revenue) is to slash or eliminate taxes.

So, why is it that when Louisiana faces its most serious budget crisis in a generation Jindal and legislative Republicans chicken out? Why won’t they put their tax cuts where their mouths are?

If they really believed that slashing income and corporate taxes supercharged the economy, wouldn’t this be an auspicious time to enact their theories? If trickle-down economics worked like Jindal and so many Republicans insist, then why aren’t we doing it now?

Could it be they know what serious economists have understood for years — supply-side economics is a fraud.”

This week, Mann penned: Despite this, Jindal will not violate his pledge. His oath to ATR is more important than his oath of office. He will allow Norquist to dictate which revenue bills violate the pledge and which don’t. Indeed, much of what the Legislature may pass in the coming legislative session to balance the state’s budget might fail because Jindal will almost certainly follow Norquist’s instructions and veto those bills.

But what about those running to replace Jindal? Will they tie their hands before they take office? Will they pledge to never raise tax, not even in the face of an emergency or natural disaster?

“I have no intention of signing it,” Lt. Gov. Jay Dardenne told me by phone. “My loyalty is to the people of Louisiana.”

David Vitter signed the pledge as a U.S. senator, but his campaign provided this statement to me on Wednesday afternoon: “I’ve made it crystal clear that, as Louisiana’s next governor, I’ll make Louisiana-based decisions that are best for us here, not ones based on what some Washington group dictates.”

Today, the Louisiana Democratic Party, seized the moment to swipe at the republicans, but particularly, David Vitter.  Vitter, is leading the candidate pack in the polls and campaign money.  He has been a staunch fiscal-conservative, forever blasting President Barack Obama, for his own economic policies, such as the stimulus.

In an email, the democrats’ moment in the sun went like this:

After noticing the havoc of Washington special interests on Louisiana’s state budget, Sen. David Vitter decided that his close friendship with Grover Norquist needed a break. When asked if he will renew his pledge to Norquist’s lobbyist group, Americans for Tax Reform (ATR), to oppose any and all tax increases, Vitter stated:

“I’ve made it crystal clear that, as Louisiana’s next governor, I’ll make Louisiana-based decisions that are best for us here, not ones based on what some Washington group dictates.” said Vitter.

But just two years ago, Vitter and Norquist wereclose alliesin their effort to shut down the government, holding ajoint press conferenceto deliberatively triple the cost of health care for government workers.

“Senator Vitter admitted that he has not been making Louisiana-based decisions that were in the best interests of his constituents as a Louisiana senator and that his actions will only change if he is elected governor,” said Louisiana Democratic Party Chair Karen Carter Peterson. “Telling Louisianians that you will only look out for their interests if elected governor is disgraceful, just like shutting down the government.”

Vitter, along with Gov. Bobby Jindal and 32 other state and federal elected officials, have signed the ATR pledge. The pledge binds candidates to oppose any and all tax increases, even in the event of a crisis or natural disaster. The pledge has come under scrutiny recently from state legislators because of its influence on Jindal’s decisions concerning a $1.6 billion budget shortfall.

So, while the most important and powerful political figure romps around the map, promoting his own brand, the leading candidate seeking to replace him, is being  branded as a flip-flopper for trying maintain  conservative credentials while pledging to save the state--not protecting his own personal pipedreams.

And, you can bet that other republicans during the legislative session and when campaigning for office this November will follow the strategies of our gubernatorial candidates--not those of the one currently holding the keys to the mansion.

More in this category: « The birther of Jindal's constitutional problem Stop the Senate Republicans rubber stamp and Loretta Lynn as Attorney General »
back to top