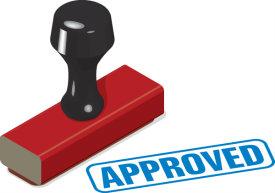 The first two months of the new Republican Congress has been extremely disappointing. The only significant accomplishment has been the passage of the Keystone Pipeline bill. Unfortunately, when the Republicans caved on the issue of executive amnesty, it sent a strong signal to conservatives across the country that the party will not stop the radical agenda of President Obama.

This begs the question, why did voters send Republicans to Congress? It certainly was not a mission to be a rubber stamp for the most liberal President in our nation’s history.

This week, the Senate Republicans will have an opportunity to redeem themselves and improve their tattered reputation. To replace the outgoing Attorney General Eric Holder, President Obama has nominated another radical liberal, Loretta Lynch the United States Attorney for the Eastern District of New York. In testimony before Congress, Lynch expressed support for everything Eric Holder has done. She signaled her approval for the President’s lawless executive amnesty for five million illegal aliens. She also made the incredulous statement that illegal aliens have a “right to work.”

The vast majority of Americans would disagree with Lynch. Illegal aliens do not have the right to enjoy benefits or secure employment. Instead, they have a right to return to their country of origin, posthaste.

After receiving approval from the Judiciary Committee with the support of three Republicans, Lynch now has the support of four Republicans in her battle for confirmation. This nefarious “Gang of Four” includes Lindsey Graham of South Carolina, Jeff Flake of Arizona, Orrin Hatch of Utah and Susan Collins of Maine.

If nothing changes, those four Republicans will be enough to confirm Lynch if she receives the unified support of all 46 Democrats. In the case of a 50-50 tie, Vice President Joe Biden will cast the deciding vote in favor of Lynch.

Another undecided Senator is Majority Leader Mitch McConnell of Kentucky.  McConnell previously promised to oppose Lynch if she supported the President’s executive action granting amnesty to millions of illegal aliens. Now that the vote is nearing, McConnell is non-committal. This is another reminder that the Republicans are so very poorly served by McConnell in the Senate and Speaker John Boehner in the House. Neither of these “leaders” are committed to conservative principles and neither of them have the courage to take on President Obama on issues of substance.

Next week will be an important test for the Republican Party and will determine how the remainder of Obama’s term will progress. Let’s hope Republican Senators finally decide to represent the voters who sent them to Capitol Hill and stop being intimidated by the media, the Democrats, the special interest groups and, most importantly, the President of the United States.

More in this category: « Jindal's tax pledge not trickling down as Demos blast Vitter Is Ambassador John Bolton a candidate for U.S. President? »
back to top