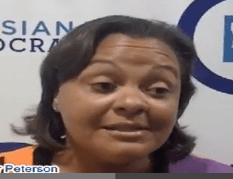 Just imagine if Louisiana Governor Bobby Jindal were to run for President of the United States but his own state could not afford a primary election?

The Louisiana Democratic Party, in its continued effort to denounce the governor’s record, sent out this email that would lead to a pathetic yet ironic conclusion.

Secretary of State Tom Schedler testified in front of the state House Appropriations Committee on Wednesday that Gov. Jindal’s current budget does not provide the funds to hold next year’s presidential primary, and he will be forced to eliminate his office’s voter outreach program as well.  Especially troubling is that this announcement comes on the heels of the 50th Anniversary of “Bloody Sunday” and the historic March in Selma.

“This is an absolute outrage and a complete abdication of core responsibilities of the state government,” said Louisiana Democratic Party Chair Karen Carter Peterson. “Reasonable people can have robust conversations about the role and size of government – but surely we should all be able to agree that one role of government is to oversee fair and impartial elections.  Eliminating Louisiana’s voice in the choice of our next president is unacceptable.”

Given the timing and recent polls, Peterson went on to question the reason for this drastic position taken by the Governor.  “One must ask the question – is he doing this because he knows he couldn’t win in his own state? How much more will Louisiana have to sacrifice at the altar of Bobby Jindal’s presidential ambitions?”

Jindal garnered a mere two percent support from the most recent Iowa presidential primary poll, and a Republican poll has shown Jindal with a 27 percent approval rating in Louisiana.