For now, is the Louisiana Governor's race really Edwards vs. Vitter? 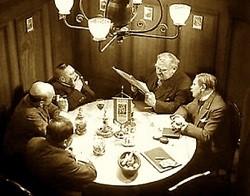 Recently, two Louisiana polls have emerged making a bit of noise in the state’s political stratosphere.

The first one, was from a Mississippi politico engaged in a robocall poll.  That poll, is now roughly two weeks old.  It showed Vitter with a narrow three-point lead over democrat Jon Bel Edwards.

Another one, yesterday, basically presented the same results.

Both had Louisiana governor Jindal in the dumpster, slightly over 25%.

Both polled voters, not likely voters.

Both polls are claimed to be self-financed and self-conducted.

When the first poll was published by Triumph, the pollster did not say who paid for it, other than to say it was not one of the campaigns.

Triumph owner Justin Brasell told The Advocate that the poll “was conducted independently of any of the campaigns.” In response to a follow-up question from The Advocate, Brasell said the poll also wasn’t paid for by any of the super PACs supporting various candidates in the race.

Yesterday, the Hayride provided us a little more information.

“When the Triumph survey came out, we contacted the company’s president Justin Brassell about who paid for the poll. Brassell told us he paid for it himself as a marketing tool to drum up business in Louisiana since there is a statewide cycle going on. Having dabbled a little in the conducting of polls over the years we can attest that a “robopoll” like Triumph’s isn’t prohibitively expensive when buying it at retail and it’s even less so when the pollster himself decides to do it. He’s essentially firing up his computer, inputting a call list and starting a program. A few thousand dollars at most will cover those costs, so it isn’t implausible that a pollster seeking business in Louisiana might release a high-profile survey to get attention.”

True.  But, in the world of politics, secret deals and smoke-filled internet connections, now rule the day.  Suspicions and doubts are daily mantras;

Polls are done by organizations, publications, campaigns and some are independent.  It is only natural to question the plausibility of many “independent polls” to determine some hidden motive.

The two recent polls, at least to me and to I beleve others, at first blush appeared to possibly fall into that category.

I appear not to be alone in wanting to discuss this issue.

Here’s how the Hayride expressed it yesterday:

This morning, MarblePort Polling, a firm owned by Ethan Zorfas – who served as the general consultant for Bill Cassidy’s successful U.S. Senate win over Mary Landrieu last year, released a survey with virtually identical numbers to the Triumph poll.

With seven months to go, the race for Governor is solidifying into a Republican versus Democrat run-off. Currently, Republican US Senator David Vitter leads with 33.5% while Democrat State Legislator John Bel Edwards follows in a close second with 31.3%. Jay Dardenne and Scott Angelle trail with 14% and 7.2% respectively.

Perhaps, The Hayride is correct.  From all of the recent reported polls, unless things change, the race is Republican Vitter vs. Democrat Jon Bel Edwards.  The polls also show that presidential hopeful, Bobby Jindal, is the most unpopular governor in Louisiana history, yet is still supported by the majority of republicans.

As far as any possible bias, what we know is that Brassell is aligned with republicans.  He was the campaign manager for Tom Cotton’s successful US Senate campaign.  He had also handled the 2007-2008 Senatorial campaign for now Senate majority-leader, Mitch McConnell.

As mentioned, the poll today was paid for a firm owned by MarblePort Polling, a firm owned by Ethan Zorfas.  Compared to Brassell,  Zorfas has closer Louisiana roots.  According to campaign records, the Cassidy campaign paid Marbleport, $112,885 during the recent 2014 election and paid a Vitter aide Joe Digrado $138,298.   Vitter had much to do with the Cassidy’s success.

Also of some significance, according to LaPolitics.com, “Ethan Zorfas, the general consultant for Senator Cassidy’s victory over Mary Landrieu, is back in Louisiana this week meeting with various candidates and issue groups as he begins to grow his presence down here.”

In response to my inquiry yesterday, Zorfas told me that he did the poll on his own for more public exposure since he has been behind the scenes lately, such as with the Cassidy campaign.

Makes perfect sense to me.

Yet, because of the association, one could infer that the Vitter-Cassidy axis might have had something to do with the MarblePort poll.

After all, from a pure logic standpoint, one could make the argument that Vitter’s campaign or its surrogates’ fingerprints would be the MarblePort poll.   Surely, Team Vitter would want the election to appear to be two-person contest, Vitter versus Edwards.   Certainly, Team Vitter would want contributors, opponents, activists to know he is sitting in Cat Bird Seat City.  Right now, Vitter has a dominant GOP support.  The Marbleport poll said, “As has been the case in other public polling, the crux of Vitter's support is among Republicans where he leads his nearest GOP opponent by 42 points (Vitter 58.3%/Dardenne 16.6%/Scott Angelle 8.5%).”   The more information Team Vitter would be able to get out information about his dominant position, the better for his campaign.

As history has shown lately, a statewide contest between a “red” and a “blue” is a cakewalk.   An internal “red” contest is something altogether different.  Some experts with whom I discuss campaigns, believe Vitter would have a difficult time beating Angelle or Dardenne in a head-on-head race.  But, if his main opposition were to be Edwards, as things stand today, Vitter would likely win.  We know he would pin Obama on Edwards, run against the President, regardless as to whether the claims made were valid or not.  Vitter and Cassidy (and just about any republican running for any office over the past seven years) have been successful in using that strategy, so why give it up now?

It should be noted, however, that even if someone associated with any campaign were involved in any of the two polls (and let me be very clear--no valid evidence appears to exist), the two recent polls are somewhat consistent with two others over the past few months.  Here are those results:

Still, as Bernie Pinsonat of Southern Media and Opinion Research implied early this week in his Bayoubuzz.com interview, the public should know who is behind all of these polls.   While the largest differential of the recent polls is that of Pinsonat’s SMOR (8 points in Vitter’s favor in surveying likely voters, not just registered voters), with the more recent polls being much tighter, it would still be of great value to everyone to know the reasons for the polls, who paid for them and/or caused them to be conducted.

Otherwise, many of us would be embroiled in the boundless and often unfair speculation as to the motives of the players, parties and the accuracies of the numbers.

The political industry, which reputation is already deeply scarred with assaults of dirty politics claims, certainly needs not more mud slapped upon it.

Especially so, here in Louisiana.