Harry Reid the handwriting on the wall, and saw defeat, in 2016 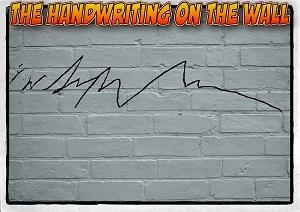 After five terms in the United States Senate and two terms in the House of Representatives, staunchly partisan Democrat Senator Harry Reid (D-NV) will retire at the end of this term. While he still has 22 months left in office to aggravate Republicans, the announcement was still a big blow to the Democratic Party.

Among Senate members, Reid was Obama’s strongest supporter. He was constantly looking for ways to fast track the most radical pieces of the President’s agenda. Not surprisingly, the President praised Reid as “one of my best partners and best friends” Obama shares Reid’s distaste for working with Republicans and trying to find compromise. Since his party’s defeat in the mid-term elections, the President has moved aggressively to the left and refused to collaborate with Republicans on a variety of issues. Sadly, Reid has encouraged the President’s obstinacy every step of the way.

Since the massive Democratic Party losses in last mid-term election, Reid was demoted to Minority Leader. It must have been quite a change for Reid, who was accustomed to getting his way as Majority Leader. Reid ended the filibuster for judicial nominations and prevented multiple House bills from being debated on the Senate floor. He ran the Senate as his owner personal fiefdom and certainly did little to share power with Republicans.

While Senate Majority Leader Mitch McConnell has been willing to “reach across the aisle” and share some power with Reid, it is not the same as having total control. Reid now sees the most radical pieces of the Obama agenda being thwarted by Republicans, so it must be frustrating for this dyed in the wool liberal.

The Senate Minority Leader is also still suffering from the effects of a severe exercise injury. He said the “down time” involved in his recovery gave him time to contemplate his future. According to Reid, “I have had time to ponder and to think.  We’ve got to be more concerned about the country, the Senate, the state of Nevada than us. And as a result of that I’m not going to run for re-election.”

While Reid presented this as a selfless decision based on what is best for the country, in reality, he must have come to the conclusion that he would not win re-election.

Looking ahead to 2016, it is an uncertain political landscape. Reid was facing a serious challenge to win re-election in Nevada, a state that Republicans will target in the upcoming election.

At 75 years old with a tough campaign looming, Reid made the safe call to end his 34 year congressional career. It was the best decision for a country that is moving away from the hard core liberal policies of Harry Reid and Barack Obama.

The decision also highlights the need for congressional term limits as 34 years in Congress is just way too long. Reid is the poster boy for term limits, typical of the politicians in Washington D.C. who overstay their welcome. A 12 year, two terms limit should be enough for any politician to make an impact on Capitol Hill. After that amount of time, it is essential for politicians to leave so newcomers can bring new energy and ideas to the position.

So, congratulations to Harry Reid for his correct decision, it is just too bad that it is 22 years too late. Just imagine how much damage he did in all of those years.