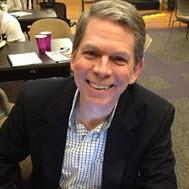 Soft-spoken, Bob Mann, former Democratic party-member, former staffer for John Breaux, and Governor Kathleen Blanco (and others) is on the warpath.

Mann, who is an instructor at LSU, a blogger and a columnist for the Times Picayune, has never been shy since manning his blog "Something Like the Truth" over his disdain for Louisiana Governor Bobby Jindal’s political ambitions and the “damage”  Mann claims the governor has caused the state.

Those who disagree with him—and the list is long, considering the red complexion of Louisiana poitics—have called him liberal, a Jindal hater and a trouble-maker. For those wanting to read the opposition to his commentaries, simply glance at the comments after his weekly TP contributions.

Lately, Mann has become increasingly vocal in his opposition to the budget cuts inflicted upon the Louisiana higher education institution, the state budget and Jindal’s presidential aspirations.

In the past ten days, in particular, the temperature of Mann's posts have skyrocketed.  Not only has he expressed his criticisms but has called upon others to take action.  In many respects, he is almost single-handedly taking on the likes of the powerful in Louisiana government.

One week later, March 27, after more details emerged about the severity of budget cuts to higher education, Mann wrote, “Loyal to Jindal, not students, LSU’s board must go”.

In that blog, Mann blamed the LSU Board of Supervisors for being subservient to the Louisiana governor, the result being the decapitation of state-funding for higher education.

Mann took special interest in the publisher's recent comment in his publication:

“Too many of the voices we have heard recently—especially from the news media—sound like Chicken Little. Let me predict here and now, the world will not end for Louisiana or higher education during the upcoming session of the Legislature. Solutions will be found. . . .”

The following day, March 28, one board member wrote a public letter to a local paper expressing his own concerns about the budget cuts. Also, speaking for the entire board, former State Senator and current Board Chair, Ann Duplesis, likewise expressed her (and the board's) anxiety over the cuts and emphasizing their support for the LSU President's efforts to remedy a very hurtful budget situation.

Following that board response, Mann crowed in his blog, a column entitled, “Six years too late, the LSU Board finally speaks up, which in part said:

Forgive me if I sound like the rooster who thought the sun rose because he crowed. But I wonder if Saturday’sunusual joint statementby the LSU Board of Supervisors had anything at all to do with myFriday NOLA.com column,which called on the next governor to demand its members’ resignations for their failure to defend the university from Gov. Bobby Jindal’s devastating budget cuts?

The LSU Board rarely issues joint statements on a Saturday, so I’m guessing its members were more than a little irked by my column and, also, got a little heat from true LSU supporters who wonder why they are so afraid to rebuke Jindal and his budget policies, which threaten the very existence of the university.

Today, Mann took direct aim at the Baton Rouge Publisher for a column McCollister had written 22 years regarding an almost-identical situation--higher education budget cuts.  Then, as now, McCollister was an LSU Board of Supervisor member.  Then, he called upon the jailing of Democratic Louisiana Governor Edwin Edwards, for the governor's alleged role in reducing funding for the university.

By comparison, this time, Mann reports that McCollister has an altogether different view, with a different political party and a powerful governor, he supports.  in today's column, Mann slammed the publisher for coddling up to his friend, Jindal, for suggesting that the governor's critics were acting in a Chicken Little "sky-is-falling" manner.

In 1992, budget cuts to higher education infuriated McCollister. Today? Not so much. Perhaps students, faculty members, staff and the parents of today’s students ought to ask McCollister and other members of the LSU Board the same question McCollister posed in 1992:

We need to know what’s more important – our children’s future, or [the governor’s] political friends.

With the legislative session approaching, I have a gut feeling we have not heard the end of the strident voice of Bob Mann.  Nor, do I think we have seen the end of any response on the issue from the Baton Rouge Publisher.

More in this category: « Pinsonat: Never have we faced this type of Legislative Session in Louisiana Pinsonat: Shared sacrifice needed to fix $1.6B Louisiana budget mess »
back to top