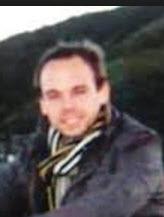 Who cares if Andreas Guenter Lubitz, co-pilot of Germanwings Flight 9525 was mentally ill?

What I care about is that he found an easy way to kill 149 people who had never done him an inch of harm because he allegedly became dissatisfied with his life.

What I care about is that Lufthansa gave him a plane to do it with.

Andreas Guenter Lubitz was a modern monster.  A mass murderer.

How about narcissistic rage?

I am not a psychoanalyst, but early this morning, after watching a weekend’s worth of cringing re-enactments and listening to shocked family members talking about their loved ones and staring at the Alpine mountains where the dead’s scattered remains are being carefully gathered, I had a dream about Nero.

Nero, as in Emperor of Rome.

And a great big fat narcissist.

Unlike Andreas Lubitz, who had only a planeful of passengers to exert sadistic and cruel control over for eight long minutes before murdering them all and killing himself, Nero had an empire that stretched from Italy to Africa and across Europe and Britain to play with.  He was thirty-one years old when he died, by his own hand, and ruled the empire for 14 years.  This empire was organized by Nero’s mother (rumored to be his lover), whom he hated and had killed.  This same empire was treasured by his tutor, Seneca, whom Nero tired of and then forced to commit suicide.  Seneca, fearing to meet death alone, cajoled his young wife into joining him.  This same empire had been ruled in part by Nero’s maternal uncle and stepfather, Claudius, whose daughter was Nero’s first wife; feeling annoyed and pressured into this arranged marriage, Nero had his first wife executed on trumped-up charges.

He inherited an empire that had been defended by a Roman general whose daughter, Poppaea Sabina, became Nero’s second wife, but not for very long; Nero soon kicked her and their unborn child to death.  Nero’s empire’s capital almost burned to the ground while Nero recited poetry, or played his lyre, or fiddled (take your pick, but the main point is that he was a big, fat narcissist).  Seeking a scapegoat for his now homeless citizenry, Nero blamed the devastating fire on Rome’s helpless and unpopular Christians, and then set upon mercilessly  torturing hundreds of them to death by crucifixion, throwing them to hungry wild dogs, and burning them alive–all for public entertainment, and his own validation.

After taking a third wife, Nero castrated an attractive, effeminate boy-child slave, Sporus, and then married publicly married him.  Sporus was said to have an uncanny resemblance to Nero’s dead wife, Sabina, and Nero was said to call out Sabina’s name while ravishing Sporus.

Then, hearing rumors that certain senators fearing Nero’s murderous disposition were, very reasonably, plotting to kill him, Nero began a round of sham trials and real executions.

Being exhausted by the stress of all his carnage, Nero decided to take a break and parade his physique at the Olympic Games in Greece, where he predictably won all the events he deigned to enter.

If tracksuits and photography and the internet had existed back in AD 67, we would no doubt have online photos of Nero running about, showing off how physically fit he was– the same kind of disturbing, jarring legacy that Lubitz left behind for the survivors of his murdered passengers to ponder.

I think what led to my dream about Nero were those relentlessly-published facebook photos of Lubitz jogging about, wearing his racing paraphernalia, looking fit-- looking like he was at an Olympic game, waiting for his laurel wreath.  There is also the video of Lubitz in his glider; all that prattle about his love for the Alps; his girlfriend’s chitter-chatter about his moodiness and nasty temper; and his passion for flight and insistence upon being an airline pilot– apparently, a vocation to which he could not have been more ill-suited, in so many ways that are now painfully obvious, and no comfort to the survivors of those persons Lubitz killed.

Nero had an empire full of innocents to torture and kill for 14 long, long years.

Lubitz only had a plane, 149 passengers, and eight long, long minutes.  A plane filled with innocents, many of whom were school children.

Who is more evil, I wonder?

Lubitz, I think, because he had more choice.

At least, that is how it looks right now.

Lubitz, who reportedly loved flying, previously had a perfectly good job as a cook at the local Burger King, which is not a bad place to work at all, and then became an airline steward or crew member.  Lufthansa considered him to be part of its airline family.  And like many a murderous Roman emperor, Lubitz had high ambitions for his “family” passions.  But unlike Nero and many other raging narcissists in Imperial Rome, Lubitz, a citizen of Germany the European Union (a different and more benevolent modern kind of empire), had the freedom to make better choices for himself, his family, and for everyone who came under his power and control–even for just an hour or less, in an airplane.  Lubitz lived in a rich, egalitarian, modern empire with a wealth of services available to him, including “treatment” for whatever his alleged “illness” was.  Lubitz lived in the land of the great psychoanalysis.  His problems, whatever they were, would have been treated, and solutions tried and new career paths plotted out–all with the help of great experts who do nothing else. Unlike Nero’s situation, Lubitz’s family’s fortunes did not rise and fall on whether he became an airline pilot.  His parents do not face exile, ruin, forced suicide murder or any fatal disgrace by anything Lubitz would have done.

All the same, news reports from their hometown indicate that the Lubitz family is fearful of retaliation, and is laying low for now.

Whether the Lubitzes are more sane than Nero’s degenerate, power-crazed parents remains to be seen, but chances are that, even here, Lubitz had a better chance than Nero.  However, nature versus nurture presents a powerful and perhaps unanswerable question.

Are these mass-murdering monsters born from homicidal gene pools, or are they created otherwise, through too much television, too many diet sodas, too many violent video games, too many hours of watching “Power Rangers?”

We know that Nero was born into his monstrousness, and then equaled and exceeded it.  Nero was the unfortunate heir of a brutal hereditary line.  The hated, murderous Emperor Tiberius, who debauched male and female children on the Isle of Capri before sacrificing them in mystery cult ceremonies, was Nero’s great-grand uncle.  The notorious lech, serial rapist and murderer, Caligula, who’d declared himself to be a living god and had sex with all three of his sisters, was Nero’s maternal uncle.  Nero’s mother is thought to have murdered her own uncle and incestuous husband, the Emperor Claudius, by poisoning him with mushrooms, and then used poison to murder Nero’s step-brother, Claudius’s son and heir, Britannicus, to wipe out Nero’s competition for empirical power.  Nero’s biological  father, Domitius, whom historians describe as a murderer, a cheat and an incestuous adulterer, was dead by the time Nero was two.  Historians claim Domitius capriciously murdered his manservant, and whimsically and deliberately crushed to death a small child playing with a toy in the roadway.

Who had a better chance to choose to be good, Nero or Lubitz?

Nero did kill more people than Lubitz, of course– overall.  But not 149 people at a pop, I don’t think.  Apart from warfare and associated slaughter, I am not sure whether the Roman senate would have gone along with Nero suddenly waking up one day and deciding to kill 149 people for absolutely no reason at all, other than being “angry” at the airline.  And in the end, rather than be dragged through the streets (as the Roman Senate was then dithering about doing to Nero), Nero killed himself, by himself, reportedly wailing, “Oh!  What an artist dies in me!”

One can only imagine Andreas Guenter Lubitz thinking something similar about himself behind all that regulation breathing as he watched the Alps’s craggy peaks come starkly into view.

It is time to learn more about narcissistic rage, and remove it from the skies.

More in this category: « PAR report: Louisiana, colleges rank poor but few steps off right track Teepell, Parker leave Jindal for new opportunities, but Register says it's the prez campaign »
back to top