Round Two of Bob Mann vs. Rolfe McCollister in LSU, Media brawl 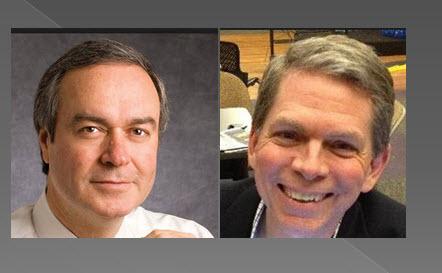 In a new column in the Baton Rouge Business Report, publisher Rolfe McCollister seems to question whether it is ethical for an LSU faculty member to criticize, in print, the university for which he or she works.

In his column entitled “Two Hats of Bob,” McCollister notes that I serve on the faculty of the Manship School of Mass Communication while also writing a weekly column for the New Orleans Times-Picayune. He says my criticism of him and Gov. Bobby Jindal qualifies me as a “hater.”

“Mann is one to take full advantage of free speech and faculty tenure as he pontificates in his columns on all that’s evil,” McCollister wrote (sorry, there is no hyperlink for the column as of Tuesday night). “Hey, this is America, and I respect that right. But I am getting the feeling that Mann switches his hats often and there may be an ethical question with his two roles. Not a good example for Mann to set for LSU students.”

Speaking of two (or three) roles: McCollister, for those unfamiliar with Louisiana politics, is not only a member of the LSU Board of Supervisors. He is a newspaper publisher. He is also one of Jindal’s closest political allies. According to NOLA.com,

McCollister is the organizer of a nonprofit political organization that buys advertising to promote Jindal’s agenda. He was the treasurer of Jindal’s 2007 gubernatorial campaign and the chairman of the governor’s transition team, and he’s given $17,000 to Jindal’s campaign since 2003. He was on the LSU board from 1988 to 1994, appointed by former Gov. Buddy Roemer.

While wearing his publisher hat (or is it his LSU hat?), McCollister criticizes the fact that I often disagree with Jindal’s policies. I must assume McCollister did not care for my recent column in which I called for the next governor to dismiss the current LSU Board for its failure to defend the university against Jindal’s harmful budget cuts. He probably also did not like my post on Monday, which noted that in 1992 he had advocated the arrest of then-Gov. Edwin Edwards over proposed budget cuts to higher education.

Unsure about journalistic ethics (hasn’t he run a newspaper for more 25 years?), McCollister said that he reached out to an anonymous source, who he identified as “a former seasoned journalist about the ethics of a faculty member who has a second job and writes about his university.” This anonymous person told McCollister:

Every good journalist knows that you cannot ethically cover the institution that pays your salary and the people who supervise the work you do for that salary. The ethical equation doesn’t change if a reporter vilifies those people. Who is to say the reporter’s self-interest isn’t involved? Would the reporter be better off if the person they criticized was fired? Did the administration make the reporter angry one day and now it’s a chance to get even? When journalists don’t recognize this fundamental aspect of journalism, everything they write, on any topic, lacks credibility.

So, McCollister doesn’t actually say that I’m unethical. He just finds some anonymous “ethics expert” — a former journalist who lacks the courage to be quoted by name — who attacks me as unethical for speaking out on matters of public policy.

It’s a rather chilling column.

If you are a faculty member who wishes to start a blog to discuss public affairs, or you wish to post criticism of McCollister or the governor on your Facebook page or Twitter feed, McCollister and his anonymous source think you are doing so unethically. I’m sure that untenured, junior faculty at LSU will take note that one of the governor’s best friends, who serves on the LSU Board, has this opinion of academic freedom.

Did McCollister threaten my LSU job? Not really. He just finds some gutless anonymous source to call me unethical for criticizing a group of public officials.

But he does seem to want the Times-Picayune to quit running my column. He ends his own column with this suggestion to the newspaper’s editor:

I wonder if Times-Picayune editor Jim Amoss (who sits on the LSU Manship Board of Visitors) has thought about that conflict? It is obvious Mann hasn’t.

I would hope that one of you might find time in your busy day to make some kind of statement to the faculty in response to Rolfe McCollister’s column in which he questions the ethics of faculty members publishing criticism of the LSU administration or the LSU Board. The quote Rolfe uses from some anonymous source is a gross distortion of not only the common understanding of journalistic ethics, but an attack on what it means to be an academic with freedom of speech in or outside the academy.

By this standard, the New York Times should not have anyone covering the newspaper business (as David Carr did for many years). It should not have a public editor. The Washington Post should immediately stop covering Jeff Bezos and Amazon.com (its new owners). NBC should never do a story on GE. And ABC news must stop covering anything that happens at Disney.

Whether you agree with my public comments, I do not believe for a moment that you think I am being unethical by speaking my mind about the current affairs of one of the most important public institutions in this state — as a citizen or a board [faculty} member.

But I wonder about the chilling affect [effect] of Rolfe’s statement (a board member and very close associate and friend of the governor) will have on our junior faculty and potential new hires.

I would think some statement or reaffirmation of academic freedom on this campus would not only be appropriate this week, but necessary.

More in this category: « Teepell, Parker leave Jindal for new opportunities, but Register says it's the prez campaign Boustany for Vitter, Team Jindal Iowa Opportunities; TOPS »
back to top