Louisiana legislature: Bobby Jindal is my shepherd, I shall not cross 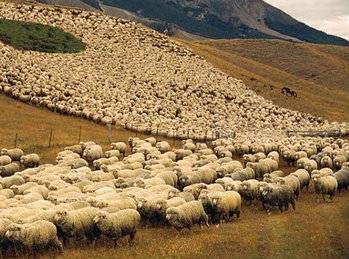 LouisianaVoice is going to conduct an experiment, but it will require the cooperation of as many of our readers as possible to make it work.

We are asking each or our readers (who are not state employees: that might constitute immediate Teaguing) to email their state legislators—representatives and senators—to ask them:

As critical as the LSU hospitals are to our LSU and Tulane Medical School Students, our indigent population, our medical research efforts, and much more, why is this being allowed to take place without so much as a peep from you? Are you unconcerned? Do you favor privatizing all primary services and assets of the state such as schools, prisons, hospitals, retirement benefits, medical insurance administration, surface water rights, roads and bridges, financial management, and so much more? What’s next, the sale-leaseback of the Pontchartrain Causeway?

Are you aware that the interim President of the LSU Medical School has been granted the power to sell the entire LSU Medical School program and all of its facilities? Are you? Do you think this is the power that should be vested in an appointed position made by the governor? Do you? What then is your role in state government? Apparently nothing more than to meet annually for 30 days and pass resolutions congratulating couples for being married 50 years, or a football player for being named as an honorable mention all-state, or something equally unrelated to the general welfare of the state that has no business cluttering up the legislative agenda. You might as well just leave your rubber name stamp on your legislative desk and stay home and make luncheon talks to the “Save the Ring-tailed Raccoon Society.”

I want to know where you stand on these issues and what you intend to do. Are you going to continue to allow your authority to be usurped by Jindal and his minions? Worse, are you going to Baton Rouge with hat in hand asking what else you can do to help Jindal legitimately rape the citizens of the state?

When are you, as my (representative/senator) going to stand up to Gov. Jindal and his runaway efforts to:

• Dismantle the state’s flagship university by appointing political hacks to the LSU Board of Supervisors, firing capable administrators and closing/privatizing state hospitals;

• Continually allow our governor to usurp the powers and responsibilities that rightfully belong to the legislative branch, including the choosing of House Speaker and Senate President?

I want and expect a public and publicized answer by you on the entirety of this subject. You’ve been silent long enough.

(Do NOT send this complete post; cut and paste only the part that is in italics. It’s not that we don’t want legislators to know the source of this idea (because we really don’t care if they know) but it’s best if the questions come from you, the reader. So, again, do not send the introductory paragraphs in which we solicit readers to send the emails. Send ONLY the text that is in italics. If you don’t know how to cut and paste, simply re-type the questions and send them as originals from you.)

When you have done this, be sure to keep accurate records as to which legislators, if any, respond and record each response verbatim. Also, keep records of those who do not respond. Set a deadline of Sept. 21 and beginning on Sept. 22, forward all responses to LouisianaVoice at [email protected]

Accordingly, we will publicize each response and we also will out those who ignore your emails.