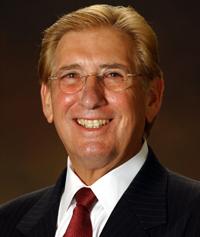 Forum will make a $19 million capital investment in the plant, which will replace an existing facility in nearby Broussard, La. The project will retain 203 existing jobs, and the Louisiana Department of Economic Development (LED) estimates the project will create an additional 300 new indirect jobs.

Gov. Jindal said, “Forum Energy has a long history of providing jobs for our people in Acadiana, and we’re proud the company chose to expand right here in our state. Forum Energy joins a long list of energy companies who are investing in Louisiana because of our world class energy infrastructure, strong business climate, and incomparable workforce.”

Forum manufactures a wide spectrum of oil and gas equipment that serves the global energy industry’s drilling, production and infrastructure segments. The company has more than 3,300 employees worldwide, in more than 80 business locations.

“We are very pleased to be expanding our presence in St. Martin Parish and Louisiana,” said Gaut, the chairman and CEO of Forum Energy Technologies. “We have a long history of manufacturing oilfield equipment here and have been very satisfied with the quality of the workforce available here.”

The state began working with Forum on its expansion project in April. To secure the project, the state offered an incentive package that includes a performance-based, $700,000 Economic Development Award Program grant to fund drainage infrastructure improvements at the site off U.S. 90, adjacent to the SMEDA Business & Industrial Park. In addition, Forum is expected to utilize incentives from the state’s Quality Jobs and Industrial Tax Exemption programs.

Construction will begin before the end of the year and be completed by the fourth quarter 2013. Forum will begin hiring during the construction phase, and all 125 new positions will be hired within five years.

Gary LaGrange. President and CEO of the Port of New Orleans is being honored by the World Trade Center with the C. Alvin Bertel Award in recognition of outstanding contributions to the advancement of the Greater New Orleans port area.

What: New Orleans subscribers to the daily newspaper THE TIMES-PICAYUNE are already counting the days until the end of the newspaper’s daily publication on Sunday, Sept. 30. In true New Orleans style, they’re throwing “Black, White & Read All Over,” a party with great food and music to honor the writers, editors, designers, printers, newspaper carriers and other employees soon to be unemployed by the 175-year-old publication.

In addition, the T-P7 Talents & Treasures auction is offering a trove of one-of-a-kind items and experiences from celebrity New Orleanians and lovers of the city, including Anderson Cooper, Ellen DeGeneres and CNN’s Soledad O’Brien, along with current and former newspaper artists and photographers, and New Orleans businesses. Online bidding is now open at http://benefitevents.com/auctions/dashthirtydash/, with a live auction for several high-profile items to continue at the conclusion of the Sept. 29 event.

The event is sponsored by dashTHIRTYdash, a non-profit created by newspaper alumni and New Orleans civic activists to raise money for the hundreds of Times Picayune employees and contractors losing their jobs because of the changes. The paper’s plans to focus on its website and publish thrice weekly beginning Oct. 1 have prompted many locals to dub the paper The SomeTIMES-PICAYUNE.

The America’s WETLAND Foundation (AWF) today released a new report, “Beyond Unintended Consequences: Adaptation for Gulf Coast Resiliency and Sustainability,” that offers 30 recommendations for Gulf Coast sustainability based on research and testimony from a series of leadership forums held in 11 communities from Texas to Florida during a 14-month period in 2011 and 2012. AWF’s “BLUE RIBBON RESILIENT COMMUNITIES: Envisioning the Future of America’s Energy Coast” initiative brought together policymakers and stakeholders from environment, business, government, NGOs and other sectors to outline a roadmap for a more resilient coast.

“The observations, testimony, research, honest dialogue and desire to reach consensus on critical issues resulted in a remarkable report that represents the voice of the Gulf Coast,” said AWF Chairman R. King Milling at a Washington, D.C. press conference, when the report was officially released. “Instead of looking at the big picture and implementing a vision for long-term sustainability, the nation for too long has reacted to natural and man-made disasters alike with piecemeal, short-term fixes. The cost to the taxpayer for this reactive thinking has been tens of billions of dollars over the past decade, with little or no effort to address the cause of the problem to be found in these expenditures.”

2)     Deploy multiple lines of offense by decreasing regional vulnerabilities through cooperative action. Short-term thinking has led to consequence planning defined by inadequate, piecemeal fixes — mainly in the wake of disasters. The focus must shift to a long-term vision for the future that emphasizes adaptation by using innovative, systemic approaches that incorporate non- structural and structural elements.


4)     Revitalize regional strengths and pride by empowering communities to practice self-determination. Coastal degradation and mounting vulnerabilities threaten entire communities, cultures and a valued way of life. Local citizens must adapt to changing circumstances to preserve their cultural heritage and build the foundation for a stronger future.

5)     Sustain action based on recommendations by communicating regional visions for resiliency. The degradation of the Gulf Coast will continue to accelerate without a robust, coordinated response that enlists all interested parties and every level of government.

“The input that led to this report came from a diverse set of voices that engaged in an intense process of debate, compromise and consensus building,” said Louisiana Lt. Governor Jay Dardenne, chair of the Blue Ribbon initiative. “This report lays out not only our challenges, but for the first time what can be done to meet them and move forward to restore our critical coastal landscapes.”

U.S. Senator David Vitter said,“Getting the transportation bill done, which led to the passage of the RESTORE Act, was a signal that the Congress was concerned about the future of America’s Energy Coast. As you can tell from this report, the clock is ticking and we are short on time to restore the values of our coast.”

U.S. Senator Mary Landrieu added, “In the 10 years since America’s WETLAND Foundation was founded, we have made great progress in educating our colleagues about the importance of America’s Energy Coast and improving coastal flood protection. But as Hurricane Isaac has reminded us, too many of our coastal communities remain vulnerable. The findings and recommendations in this report detail better ways to protect our communities and promote the connected goals of economic progress and environmental sustainability. I look forward to working with America’s WETLAND Foundation, and the many other wonderful partners committed to coastal restoration and protection, to turn these recommendations into policy to help build a stronger, more sustainable energy coast.”

The Gulf Coast produces 30 percent of the nation’s domestic energy, one-third of the seafood consumed in the U. S. and is home to critical habitats and ecosystems. Data from a $4.2 million study commissioned by Entergy and AWF quantified the economic value of what is at stake. The livelihoods of 12 million people, natural resources that support $634 billion in annual GDP, and assets valued at more than $2 trillion are increasingly vulnerable to storm surge, flooding, wind damage and the effects of sea level rise. The study also identified $49 billion in investments over the next 20 years that could avert $137 billion in losses.

AWF Managing Director Valsin A. Marmillion praised the leaders of the effort along with the dedication of everyone involved. “The most important impact of this initiative might be community empowerment. The Blue Ribbon forums have mobilized the energy, expertise and dedication of an entire region to protect its heritage and secure its future,” he said.

Information on the initiative, as well as a copy of the report is available at www.futureofthegulfcoast.org

Originally scheduled as an annual visit with the Louisiana Congressional Delegation, the Washington Fly-In will now shift its focus toward the recent developments that affect the region’s ability to sustain economic development.

“After witnessing first-hand the damages suffered by Jefferson and our neighboring parishes, we hope to show that hurricane and flood protection is a major issue that affects all of Southeast Louisiana,” said Todd Murphy, Jefferson Chamber President. “We are making it a priority to voice our concerns in Washington and to come back with solutions.”

According to a poll conducted by the Congressional Management Foundation, 46 percent of surveyed congressional staffers said that in-person visits are very influential in helping them form opinions.

The Washington Fly-In is an event that is organized by the Government Committee of the Jefferson Chamber and is sponsored by Adams and Reese LLP, Peoples Health and PetroTV. The event will take place September 12 -14, 2012.

Hors d'oeuvres, beer, wine and beverages will be served.

Bradken Inc., with support from LED FastStart™, will conduct a job fair Thursday, Sept. 13 at Southeastern Louisiana University in Hammond from 11 a.m. to 7 p.m. The Amite, La., steel foundry will fill 50 new jobs, and all interested applicants should attend the job fair at SLU's University Center, located at 500 Western Ave. in Hammond.

Gov. Jindal said, "With this latest expansion, Bradken will exceed 400 quality jobs as one of the leading private sector employers in Tangipahoa Parish and Southeast Louisiana. Companies like Bradken are expanding here because of Louisiana's strong business climate and world-class workforce."

“These are important grants for the many businesses and facilities across the state that rely on air service,” Sen. Landrieu said. “It’s a great boost to ensure Louisianians receive the proper safety standards and high-quality services they deserve.”

CRVP is being established with an initial investment from founding members of $5,000,000. The fund has received more than $1,000,000 in founders’ subscriptions prior to this official public announcement. The principal purposes of the fund are to provide initial seed capital to startup and emerging technology and digital media companies and pre-development monies towards game-changing area real estate projects.

“A venture capital fund has always been a key component in the on-going evolution of the SpringboardBR and Vision City strategies,” said John Schneider, managing partner of both entities. “Now that the SpringboardBR accelerator program is a reality and the Kress and Hotel Indigo operations are in successful economic commerce, we are ready to capitalize on the positive goodwill generated and expand our vision on these dual fronts.”

SpringboardBR will also introduce on Friday the group of 4 companies selected to participate in its Fall 2012 Startup Accelerator Program. Vision City will identify several potential real estate projects that are being evaluated as either renovation or new construction possibilities.

The featured speaker for the luncheon, sponsored by BancorpSouth Insurance Services/Wright & Percy Insurance, will be James Digby, managing partner of Rockstart, an Amsterdam, Netherlands-based business accelerator. Rockstart has a 6-month program that culminates in the final three weeks with selected startups travelling to Silicon Valley and visiting with other accelerators, meeting other entrepreneurs, and pitching to investors and venture capitalists.

“James is now in the San Francisco area for this year’s Rockstart program conclusion,” said Wendy Overton, a leader in the Baton Rouge entrepreneurial community and program coordinator for the event. “He has not only accepted CRVP’s invitation to take a side trip to Baton Rouge for the occasion, but it is our hope that he will also bring the principals of one of Rockstart’s startups, VideoAvatars, to the event to make a presentation.”

Attendance at the event will be limited to 75 attendees. A free buffet lunch will be catered by Stroube’s Restaurant with meal service beginning at 11:30 a.m. and the formal program commencing at noon. For more information and to reserve a seat, please RSVP [email protected].