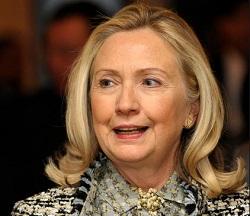 granddad had an admonition for someone (more than once, that someone was me) who he thought was running his mouth off a little too much: “Don’t let your alligator mouth overload your jaybird ass.”

Loosely translated, that means don’t go shooting off your mouth with claims you can’t back up—physically or factually.

And from our perspective, it would seem that Bobby Jindal’s fusillade of fulminations, besides causing a “there he goes again” rolling of the eyes, has placed quite a burden on his scrawny backside.

It’s bad enough that he has waded off into the murky waters of Indiana’s Religious Freedom Restoration Act (RFRA, a bill being copied in other states, including Louisiana) by voicing his support of the bill during, of all things, a speech at the National Rifle Association (NRA) convention.http://blogs.wsj.com/washwire/2015/04/10/bobby-jindal-likens-gun-rights-to-religious-liberty/

(Bobby, Bibles and Bullets: what a presidential campaign slogan.)

But then, Team Jindal, in its weekly email blast, went to great lengths to point out that Iowa radio talk show host and Washington Times columnist “Steve Deace Proclaimed Governor Jindal A ‘Champion’ And ‘The Winner Of The Week’ For Standing Up For Religious Liberty.”

The email went on to say, “When a people’s very way of life is at stake, they look for a champion who stands up while others flee and says, ‘Here I am, send me.’ This week, Louisiana Governor Bobby Jindal was such a champion. He articulated the very argument that will be necessary to preserve religious liberty against the now underway Secular Inquisition. (Inquisition? Really?) Religious liberty is poised to become the issue in the 2016 GOP presidential primary. Jindal decided to grab this issue by the throat and own it. For this reason Jindal is our winner of the week this week.”

If that puerile prose wasn’t enough to make you hurl, then perhaps a closer examination of Deace, an apparent Rush Limbaugh wannabe (Rush’s brother David Limbaugh even penned the foreword to Deace’s book Rules for Patriots: How Conservatives Can Win Again).

One not-so-complimentary online description of Deace describes him as knowing more about superheroes, Star Trek and college football “than any man not living under a vow of perpetual virginity in his mom’s basement should.”http://stevedeace.com/author/stevedeace/

Even more telling is the masthead to his web page http://stevedeace.com/ which says (and we’re not making this up): “Fear God, Tell the Truth, Make Money.” And then there is his online gift shop Patriot Depot which, besides Bibles, American flags and the usual gung-ho patriotic tee-shirts, features a USB thumb drive shaped like revolver, described as the COOLEST USB DRIVE EVER

We would strongly suggest that Deace and Jindal take time out from spewing hatred in the name of Jesus to listen to old troubadour Kris Kristofferson who wroteMe and Bobby Magee while sitting on a helicopter landing pad in Morgan City between shuttling workers to and from oil rigs in the Gulf of Mexico. The track we recommend for their enlightenment is a rather obscure song entitled The Law is for Protection of the People: https://www.youtube.com/watch?v=DK8TSJuBMgM

All this is a prelude to Jindal’s propensity, indeed a determined effort, to step on his own tongue. He has successfully talked himself into a corner this time and it’s going to be interesting to see how he tries to wiggle out of a contradiction he created all by himself.

It was less than a week ago (Tuesday, April 7) that Bobby Jindal, while promoting his non-candidacy candidacy for the Republican presidential nomination in Iowa, called Hillary Clinton’s scandal over private email use while Secretary of State yet another misstep making her “the center of this administration’s failed foreign policies.”

Clinton described the practice of using a private email account as a “convenience” and not a means to prevent public disclosure of what would otherwise be considered public records. “I was waiting for her to say, ‘What difference does it make?’” Jindal told the Des Moines Register in an interview the same day of Clinton’s Tuesday news conference. “I was kind of surprised she didn’t say that. This isn’t simply an issue about her account or emails. There’s just a pattern here,” he said.

His ratchet jaw response was reminiscent to his actions during the flap by those birthers over President Obama’s citizenship. Jindal hauled out his own birth certificate to prove he was born in the good ol’ USA—without anyone ever asking and as if anyone really cared. To be fair, though, at least this time he was asked his opinion about Clinton’s email controversy by Register reporters who apparently ran out of relevant questions to ask Jindal—like say, a $1.6 billion budget deficit in Louisiana—the state where he should have been doing his job instead of campaigning—or about the lack of health care for a quarter-million Louisiana residents because of his mule-headed refusal to expand Medicaid, or about devastating cuts to higher education, or about the deteriorating infrastructure.

Well, as it turns out, the Baton Rouge Advocate and blogger Lamar White each made separate requests nine days apart for copies of work-related emails from Jindal’s office and executive counsel Thomas Enright, Jr., refused both requests, claiming that “no records responsive to your public records request” exist outside exemptions outlined in the state’s public records law and that the exemptions support open discussion by the governor’s staff “to make recommendations to assist the governor in the usual course of the duties and business of his office.”http://theadvocate.com/news/12074849-123/bobby-jindal-wont-release-emails#comments

That explanation did not sit too well with Lamar White who has the excellent online blog Cenlarmar.com. Enright, a veteran attorney, received in return a harsh lecture on the public records law from law student White. Rather than try to rehash the contents of Enright’s and White’s letters, you can read the exchange here:http://cenlamar.com/2015/04/11/bobby-jindal-invested-too-much-in-the-gold-standard/

But the clincher came in four paragraphs near the end of White’s response and that does bear repeating here:

That, folks, is pure poetry.

We have seen comments to the Advocate story that accuse the newspaper to grandstanding because of the flap over Clinton’s emails. It would be assumed that the same accusations might be leveled at Cenlarmar.com as well. ButLouisianaVoice has published stories in the past revealing how administration staff members (including the Department of Education) have been instructed to cease communicating on state email in favor of private accounts. That leaves no wiggle room for Jindal, nor does it permit him the luxury of criticizing Clinton without subjecting himself to that same scrutiny.

And most likely there was grandstanding by both. But sometimes that is what it takes to make a point. Like a baseball manager arguing a call with an umpire, they had to know their request would be denied. But in forcing Jindal’s hand, it revealed a deep-seated hypocrisy that has defined and continues to permeate Bobby Jindal’s administration—hypocrisy that should never have existed and which should be ended immediately. This is, after all, the administration that promised openness and transparency.

And before the question gets asked, do we condone Clinton’s use of a private email account? Absolutely not. She was a public servant with a secure public email account and government business should be conducted on that account. Just as with Jindal’s invoking of the deliberative process, there are safeguards built in that exempt disclosure of sensitive documents.