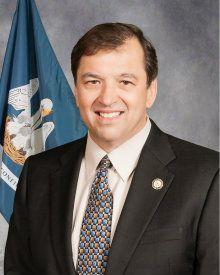 by Tim Burns, Member of Louisiana House of Representatives

It was fitting that the 2015 Louisiana Legislative Session opened with an automobile being impaled by the State Capitol’s new security system, since the state is facing a $1.6 billion budget deficit in what is likely to be one of the most contentious session in modern times.

My thoughts are with Rep. Hollis who sustained some not so trivial injuries that included a broken hand and a mild concussion due to a mishap that frankly could have happened to anyone given the new, unfamiliar and unforgiving security system at the State Capitol.

Starting off with a crash is almost fitting given the difficulty of the task ahead. However, now is not the time to blame anyone for what happened in the past because frankly we all share some of the blame for the government continuing to kick the can down the road.

There is a gritty group of lawmakers committed to put some structural solutions in place, but these solutions are painful, difficult and unpopular. Hopefully, the public will pay careful attention as the session unfolds and the media will be comprehensive and balanced so that the voters will fully understand the issues and the proposed solutions. This is an important point in the state’s history and hopefully everybody will work together. Otherwise the state could find itself impaled and ruined.

More in this category: « No wiggle room for Jindal's Clinton-like email hypocrisy ACLU's Formal complaint about North Louisiana school core identities is upside-down »
back to top