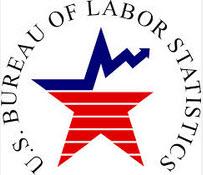 Gov. Bobby Jindal’s “State of the State” address to the Louisiana Legislature on Monday was such a cornucopia of half-truths and distortions, it’s difficult to know where to start.

The longer Jindal serves as governor, the greater a fabulist he becomes.

Among the many problems with Jindal’s speech was a clever bit of revisionist history he presented to lawmakers about the state’s economy under his stewardship.  Jindal told legislators that he’s leaving Louisiana’s economy much better off than he found it. That is patently false.

You have to look no further than the state’s projected $1.6 billion budget shortfall to realize that a supercharged state business climate would generate enough tax revenue to keep the state’s universities from closing. I don’t know what is Jindal’s definition of economic vitality, but it is nothing like what Louisiana legislators are facing in the coming months.

Here’s how Jindal cast his leadership of the state’s economy:

I’d like to start by asking you to think back to ten years ago, about the time hurricanes Katrina and Rita hit our state. Louisiana was at rock bottom.

Our economy was stagnant. We had over two decades of outmigration, with more people leaving Louisiana than moving here. Job were scarce and the future didn’t look so bright. And then the storms hit. . . .

Fast forward to today, and you see a far different picture of Louisiana. And you see the true greatness of our people.

Together — we rebuilt and we are today stronger than we’ve ever been before.

Perhaps Jindal and his speechwriter do not have access to the website of the U.S. Bureau of Labor Statistics (BLS), but I do.

Turns out, exactly 10 years ago, in April 2005, Louisiana’s unemployment rate was 5.7 percent. As of last February, it was 6.7 percent. That’s one point higher than 10 years ago.

More in this category: « Louisiana's Bobby JIndal and Tony Perkins lead the religious liberty debate With $1.6B deficit, nothing funny about Jindal's rosy Louisiana economy »
back to top