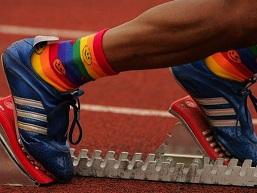 Louisiana Gov. Bobby Jindal and Republican state Rep. Mike Johnson of Bossier are feeling the heat over the religious freedom bill introduced in the current session of the Legislature by the freshman representative.

The bill, HB 707, called the Louisiana Marriage and Conscience Act, would keep government from imposing fines or denying licenses and tax benefits on businesses who, because of their religious beliefs, refuse to serve customers.
Some legal experts and others contend the bill legalizes discrimination, and that it is particularly aimed at gay, lesbian, bisexual and transgender (LGBT) individuals and same-sex couples.
While the Louisiana Association of Business and Industry (LABI) has remained mum on the legislation, others have stepped forward, saying it will be detrimental for businesses and tourism.
Business giant IBM voiced its strong opposition to the bill in a letter to Jindal, with a copy to Senate President John Alario and House Speaker Charles Kleckley.
James Driesse, IBM senior state executive, said in his letter: “We are deeply concerned by reports that you support this legislation. IBM has made significant investments in Louisiana, including most recently a technology services delivery center in Baton Rouge.”
He went on to say: “A bill that legally protects discrimination based on same-sex marriage status will create a hostile environment for our current and prospective employees, and is antithetical to our company’s values. IBM will find it much harder to attract talent to Louisiana if this bill is passed and enacted into law.”
Did the letter from one of the world’s largest companies make an impact on Jindal and Johnson? Apparently not.
The lame-duck governor was quick to respond, basically telling the IBM executive that he didn’t know what he was talking about. He said the religious freedom bill will not legalize discrimination against the LGBT community, but rather will protect religious people from being mistreated by the government.
Opponents of the bill said that one could interpret Jindal’s remark to also mean that that religious people will not be mistreated by government for discriminating against certain people, especially the LGBT community.
Others are also speaking out. The New Orleans Convention and Visitors Bureau has asked that the bill be shelved, contending that it would tarnish the state’s open and accepting image.
EA Sports, which has a large video game development facility at LSU, said it will stand against any bill, law or practice that would allow for discrimination on any grounds.
John Delgado, a Republican Baton Rouge Metro Councilman, didn’t mince words. He called Johnson a “despicable bigot of the highest order.” He added, “It’s not surprising that IBM would reject a bill that is aimed at openly encouraging discrimination.”
Three groups – Equality Louisiana, Louisiana Progress Action, and Louisiana Trans Advocates – have mounted a campaign called NotMyLouisiana (Notmylouisiana.org) against the bill. They have been joined by more than 41 others groups and organizations.
The bill has been sent to the Civil Law and Procedure Committee, but no hearings have been scheduled.

More in this category: « Louisiana, Surprise! We're holding an election this Saturday It's Jindal's time and things go better with Koch »
back to top