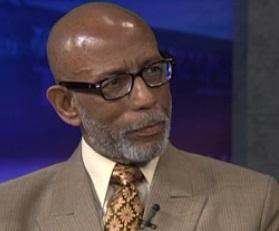 Last night, Politics with a Punch made history with some “firsts”

It was the 13th anniversary of production that Jeff Crouere and I started in 2002 that has hosted some of the biggest personalities in politics, news and entertainment in Louisiana.

It was also the first time that we have captured, by video, any part of the Louisiana-based “Politically-Incorrect-oriented” live comedy show and then published any part of the video.

So, with my phone camera, I captured Senator Elbert Guillory’s announcement that he would be running for Lt. Governor this fall.

Not that the announcement came as a surprise as it has been often reported that he was seriously considering the race.

(After clicking on video, you can maximize the size of the screen by putting your cursor next to the Bayoubuzz Logo on the video and click on the two arrows)

In my opinion it was the first time a campaign announcement has been conducted in such a manner producing such an important message.

While I suppose the Senator will follow this announcement with a more thorough presentation of his reasons for running for the state’s second highest office, I am not certain that it will be more unique.

We will be posting more segments of what I consider to be a fabulous and funny show.  So, if you want to receive the highlights, then sign up for the Bayoubuzz newsletter.

More in this category: « Rep. Leger blasts Jindal's NY Times oped in light of LSU exigencies Treas. Kennedy: Investors pull out of LSU bond deal due to Louisiana budget woes »
back to top