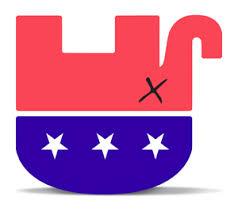 In her testimony to Congress, Lynch made it clear that she would continue the policies of her liberal predecessor, support the Obama agenda, and had no problem with the President’s highly questionable use of executive power to grant amnesty to five million illegal immigrants. According to U.S. Senator Jeff Sessions (R-AL), “The Senate must never confirm an individual…who will support and advance a scheme that violates our Constitution and eviscerates established law and congressional authority. No person who would do that should be confirmed. And we don’t need to be apologetic about it, colleagues.”

Despite the clear warnings from Sessions and her troubling testimony, ten Republican Senators decided to confirm her to the most important law enforcement position in the country. Among the GOP “turncoat ten” was the Senate Majority Leader Mitch McConnell of Kentucky. Previously, McConnell had promised to oppose Lynch if she supported the President’s executive amnesty action. Thus, McConnell lied to his constituents and caved under pressure once again. It follows a disturbing trend of GOP congressional leaders refusing to take the tough action to oppose the onslaught of liberalism.

It is so bad that McConnell is being praised by Senate Minority Leader Harry Reid’s spokesman Adam Jentleson, who said that the Majority Leader “has done the right thing by bringing bills and nominations to the floor that Democrats can support.” Of course this kind of bi-partisanship was absent when Reid was Senate Majority Leader. Reid consistently torpedoed legislation passed by the House. In fact, he usually prevented these bills from even being considered.

While McConnell placates Democrats, House Republicans are not doing any better as they have provided the funding for Obamacare and the President’s executive action on amnesty. They are taking no tough action on the liberal FCC’s attempt to regulate and tax the Internet. Nothing of substance has been accomplished in the investigations into Benghazi, the IRS scandal, VA scandal, Fast and Furious, etc. While Holder and former IRS official Lois Lerner have been held in contempt of Congress, no real consequences have resulted from those actions.

In a Bloomberg interview, House Speaker John Boehner called Bill and Hillary Clinton, “good people” and “good public servants,” but he hinted that Hillary Clinton’s email server might be subpoenaed and that the House may investigate her foundation’s suspicious fundraising activities. On this issue, there should be no hesitation or question as the evidence mounts that Clinton turned the position of Secretary of State into a cash machine for her dubious foundation and basically sold the office.

If Republicans had any political courage, they would be holding high profile hearings and issuing subpoenas on a non-stop basis. While Democrats know how to take political advantage of a scandal, Republicans are too worried about criticism from the media and their friends in the Democratic Party.

So, the looming question is now apparent to all voters who supported Republican candidates in the mid-term elections. Why continue to support the GOP if they are going to do nothing to stop the Democrats? If the Republicans will not oppose the liberal agenda of the Democrats, when they have the power to enact a reform oriented agenda, conservatives should stop voting for them.

In effect, the Republican leadership refuses to take the gloves off, so their agenda must be to facilitate the continuation of liberalism because they are doing nothing to promote conservatism.