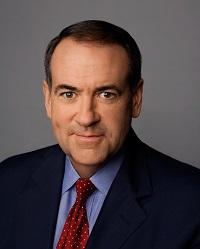 Each day the 2016 GOP presidential field expands offering Republican voters more choice than at any other time in recent memory. Just this week, the announced field of candidates doubled to six. The latest to enter the fray is former Arkansas Governor Mike Huckabee, who announced today in his hometown of Hope, Arkansas. He ran a strong race in 2008, winning the Iowa caucuses and finishing second to the nominee Senator John McCain (R-AZ). This time, Huckabee has even more name recognition due to his years on Fox News, hosting his own weekend television program.

Huckabee is a former minister and Arkansas Lt. Governor and Governor. He is a very solid social conservative with strong support for traditional marriage and the pro-life cause. Huckabee also stresses that, if elected, he will be an advocate of a strong military and safeguard the country’s national security. In his announcement speech, Huckabee emphasized the threat this country faces from radical Islam. He vowed that he would not back down and “As president, I promise you, we will no longer try to contain Jihadism. We will conquer it.”

He also pledged to give more authority to the states, while protecting popular federal programs like Medicare. Like many of his opponents, he calls for more border security and opposes Common Core. He also wants to eliminate federal income and payroll taxes and replace the current system with a national consumption tax.

While some of these positions are controversial, Huckabee really stands alone on only one issue, economic populism. Huckabee is the only announced candidate to express his opposition to the Trans-Pacific Partnership between the United States and 12 other nations. This controversial trade deal is supported by most conservative Republicans and some Democrats. It is being pushed by the Obama White House, despite opposition from unions and some liberals in Congress.

Huckabee believes that the United States has been losing its’ economic base for years and that the supposed free trade deals we have entered into in the past have not been fair to this country. In his announcement speech, Huckabee said he will focus on average working Americans who "don't feel like anybody understands or knows who they are, much less cares what's happening to them."

Thus, as a GOP presidential candidate, Huckabee will appeal to Main Street, not Wall Street. He will take up the banner of Ross Perot who tried to stop NAFTA and famously predicted a “giant sucking sound” of manufacturing jobs being “pulled across the southern border” if the deal was passed.

Perot was correct as 700,000 jobs departed for Mexico and an even greater number (2.4 million) were lost to China. This current deal will only increase our trade deficit, which last month reached a seven year record high of $51.4 billion.  This deal will also lead to more job losses in America as the last vestiges of our manufacturing base will be destroyed.

Of course, the big business donors who control the GOP are for the trade pact, as are the titans on Wall Street. So, Huckabee is opposing a daunting array of “free trade” supporters by opposing the trade pact.

Nevertheless, he knows that there are millions more average Americans who are hurting in this economy. With 93 million Americans outside of the workforce, stagnant wages and an average work week that is declining, there is much economic fear in this supposed Obama recovery.

Instead of trying to improve the poor economy, the President is desperately trying to pressure Congress to give him “fast track” authority” which means the Trans-Pacific Partnership would have to be voted on in total with no amendments. It is no surprise that members of Congress are only allowed to view this deal in secret and can’t discuss details with their constituents. While the controversial deal has passed in committee votes, it faces a tougher test among the entire membership of the House and Senate.

Huckabee is one of the few prominent Republicans raising questions about this deal. He hopes it will translate in his presidential campaign as he tries to be the champion of the overlooked Americans who do not feel they have a voice in a GOP oriented toward big business. As Huckabee accurately noted, “We have a lot of globalists and frankly corporatists instead of having nationalists who put forward the best interests of the United States and working families.”

Obviously, this message has appeal, but it remains to be seen whether it will be enough to overcome formidable opposition and help Huckabee secure the 2016 GOP presidential nomination.