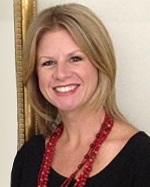 The following is a blog post written by Tom Aswell, Publisher of the LouisianaVoice.  We republish columns written by Aswell and others regardless of opinion or political stripes.

In this opinion, Aswell describes his reactions to a Court ruling fining the Division of Administration (DOA)'s Commissioner of Administration Kristy Nichols in relationship to a lawsuit brought by Aswell and the publication.  However, as Aswell points out, he surely is not satisfied with the entire ruling.

It’s curious how a judge can look directly at a clear violation of a law, yet somehow concoct a ruling favorable to the violator and completely disregard the rights of more than 4 million citizens of Louisiana.

That, in our humble (but admittedly biased) opinion was what occurred in the Baton Rouge courtroom of 19th Judicial District Judge Mike Caldwell on Monday.

At the risk of sounding like Bobby Jindal in calling a ruling that went against him “wrong-headed,” we will at least attempt to lay out the details of the case along with the reasons for Caldwell’s ruling so you may decide for yourself if justice was done.

Our lawsuit against the Division of Administration (DOA) and Commissioner of Administration Kristy Nichols was based on four separate public records requests with which DOA took its sweet time in complying—and, in the case of the most egregious violation, did not comply for three full months and then only after we filed our lawsuit.

Caldwell did throw us a bone which, to our satisfaction, had a little meat on it. He held in our favor on one of the four requests, assessed $800 in fines plus court costs and (best of all) held Nichols personally liable.

So, unless there is an appeal, Nichols, and not the state, will be required to write a personal check and the money will not come out of the taxpayers’ pockets (of course the salary of DOA’s staff attorney is picked up by John Q. Public).

But back to the one that sticks in our craw and leaves us perplexed and angry at the manner in which Caldwell bent over backwards to let the state off the hook for the most flagrant violation, one that had he ruled differently, could have cost Nichols thousands more in fines.

In that case, we submitted a rather detailed request for public records on Oct. 14, 2014 relative to the state’s $500 million contract with a California outfit called MedImpact, which is contracted to administer the Office of Group Benefits’ pharmaceutical program.

At the same time, we had a legislator to make a nearly identical though somewhat less detailed request through the House Legislative Services Office (HLSO).

HLSO received an email at 3:15 p.m. on Oct 23 to the effect its records were already downloaded to a CD and would be delivered by DOA. Here is the content of that email:

“You requested the MedImpact contract, Notice of Intent to Contract, ratings, and recommendations for awarding the contract. Please note the contract contains some proprietary and/or confidential information that has been redacted under La. R.S. 44:3.1. We have scanned these records. They are too large to email, so I can bring a CD over. I heard you’re out of the office. Do you want me to drop it off for you or wait until you get back?”

The records were actually delivered to the House offices on Oct. 24, 2014.

For our part, we found it necessary to send a second request on Oct. 19 because DOA had failed to respond to our initial request as required by law. Here is that section of the law, courtesy of the Public Affairs Research Council (PAR):

“If not in “active use” when requested, the record must be “immediately presented.” The custodian is required to delete the confidential portion of a record and make the remainder available. If it is unreasonably burdensome or expensive for the custodian to separate the public portion of the record from the confidential portion, the custodian must provide a written statement explaining why. If the record is in “active use,” the agency must “promptly certify this in writing” and set a day and an hour within three working days from receipt of the request when the record will be available.” http://www.parlouisiana.com/citizensrightscard.cfm#exempted

Remember that part about “unreasonably burdensome and the requirement for a written statement from the custodian of the record. We will be referring back to that part because Judge Caldwell took it upon himself to determine the unreasonableness of our request even though the state never made that argument. Thus, Judge Caldwell made the state’s argument for them.

When I made my second request, I received a response on Oct. 21 estimating the records would be available “on or before October 31, 2014.” Here is a copy of that email:

Pursuant to your public records request, we are still searching for records and/or reviewing them for exemptions and privileges. Once finished with the review process, all non-exempt records will be made available to you. It is estimated the records will be available on or before October 31, 2014.

We still had not received the records by the time we filed our lawsuit on Jan. 16, 2015, but almost miraculously, they were delivered to our attorney’s office on Jan. 23, precisely one week after the lawsuit was filed.

So, taking DOA’s promised delivery date of Oct. 31, 2014, and projecting it out to Jan. 23, 2015, discounting about 10 holidays and several weekends (which don’t count), DOA still should have been looking at penalties of upwards of $5,000 on just that one request.

But, Caldwell mused, our request was “broad,” making it difficult for DOA to comply in a timely manner. “I’ve had experience in other cases involving voluminous requests for information where much redaction had to be done (nothing was redacted from the records we received), so I know how difficult it can be for the state to drop everything and meet your demand,” he volunteered. Accordingly, he disallowed our request for damages—again, despite the state’s never having put forward the burdensome argument. But then, why should they when an obliging judge will do it for them?

Moreover, the $800 fine he did assess against Nichols was far less than it should have been for that one violation. The records in that case (travel records for OGB personnel) were first made on October 4, 2014, and we were told the records did not exist. We re-submitted our request in December, but the records were not made available until Feb. 18, 2015.

There are several conclusion we can draw from this:

Judge Caldwell completely missed—or ignored—the part where DOA promised the records “on or before October 31, 2014;”

His honor overrated the difficulty in producing records that already existed and were in the possession of DOA;

The judge has little concern for the public’s right to know what its government does, nor he have any sympathy for those who work to report those actions;

He simply could not bring himself to impose such a heavy fine against Nichols personally despite the clear intent of the law—so he arbitrarily set a low fine for the one request and simply denied the others.

At this point, we don’t know if the state will appeal Caldwell’s judgment. We can’t imagine Nichols rolling over so easily and writing a check for $800, plus costs and attorney fees. After all, the attorneys work for the state, not her, so what does she have to lose with an appeal?

As for us, we still must meet with our attorneys to decide how to proceed with a partial victory coupled with a stinging loss.

But the question here is just what will it take to get the courts to pay attention to what the state is doing and use the power of the bench to force compliance with the law? How long will the courts simply look the other way to the detriment of the citizenry’s right to know?

We’re told that Judge Caldwell is a good judge and a fair man but we certainly don’t feel as though we received fair treatment before him.

No, we didn’t go to law school and we don’t hold a law license. But we can read and the law is quite clear on the demands placed on governmental agencies to comply with public records laws. There is no ambiguity on that point.

And one other thing: If Kristy Nichols thinks we’re going to fold our tent and skulk away, she’s in for a rude awakening. We’re not going anywhere. There will be other requests and in cases of non-compliance, there will be more litigation.

More in this category: « Louisiana Demos, Edwards blast Jindal, GOP for budget time bomb LSU Board of Commissioners' loyalty, duty and contributions to Jindal »
back to top