LSU Board of Commissioners' loyalty, duty and contributions to Jindal 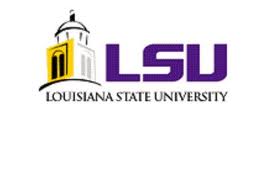 Over the last twelve years, Blake Chatelain and his wife Belle have donated at least $28,000 in cash and an additional $2,000 in-kind to Bobby Jindal. They sent the majority of their donations from their former, relatively modest house on Whitechapel Boulevard in Alexandria, two blocks away from my own childhood home and on a street named after my great-grandfather’s small church in rural Rapides Parish. Less than four years after he launched Red River Bank, Chatelain sent Jindal, then only 33 years old, two different checks on the same day for $5,000, according to records maintained by the Louisiana Ethics Administration.

$5,000, it is worth noting, is the maximum amount allowed under the law from an individual donor, and therefore, Chatelain’s single-day $10,000 contribution, if true, is actually illegal and subject to penalties. Jindal, of course, lost his campaign in 2003, but Chatelain, it turns out, had made a wise investment.

He and his wife continued to pour thousands of dollars into Jindal’s campaign fund. Two years ago, despite the fact that Bobby Jindal is now term-limited from running again for governor, Chatelain donated an additional $2,000 in cash to Jindal’s gubernatorial campaign fund. His superfluous donation to an essentially defunct campaign fund only makes sense if you also consider this: Since 2009, Blake Chatelain has served as one of Bobby Jindal’s appointees on the powerful LSU Board of Supervisors, a role that provides him with oversight and authority over hundreds of millions of dollars in contracts and carries enormous influence. Last year, Chatelain spearheaded the controversial search for a new university president, a process that was shrouded in secrecy and muddied by lawsuits from newspapers seeking access to public records.

Chatelain, however, should not be faulted for his ambition or for his earnest desire to serve his alma mater. He is a successful banker and entrepreneur, and in less than 20 years, he has single-handedly made Red River Bank into a pillar of the Central Louisiana community. But nonetheless, it is difficult to overlook the long-standing financial relationship between appointees like him and Bobby Jindal’s political operation.

Today, now more than ever before, LSU’s solvency depends on leaders who are more loyal to the institution itself than to any individual politician.

Two years ago, in a remarkably insightful investigative report, The Times-Picayune plunged, head-first, into the symbiosis between the Jindal campaign machine and state appointees. Quoting (bold mine):

There are two things that tend to be true of the people Gov. Bobby Jindal appoints to the dozens of boards and commissions in Louisiana: They agree with the governor’s agenda. And they have contributed, often generously, to his campaign fund.
At least 317 appointees, their families and their companies gave the governor’s campaign more than $1.8 million in contributions in a four-year period that ended in 2012, according to a joint examination of campaign finance records….
Americans, historically, have always been willing to provide elected executive officials with latitude over whom they hire: Mayors appoint their own assistants; governors select their own division leaders, and presidents get to pick their cabinet members. But usually, despite our tradition of deference to the executive on matters like these, the other branch of government is still there to provide a check. The Senate has to approve Cabinet nominees, and the legislature approves appointments to lead state agencies. When I was in my mid-twenties and worked for the mayor of my hometown, our city council spent nearly an hour debating my job. Ultimately, it was approved. I did not buy my job by donating to anyone’s campaign: At first, I volunteered; I put in long hours, and I worked hard. I didn’t jump into public service because I thought it’d be a quick and easy way to accumulate influence and riches (because it is not); I just wanted to serve the public. I thought it would be worthwhile and fulfilling (and it was).

What is happening now in Louisiana, particularly in higher education, does not resemble the promise of American representative democracy. It is offensive; it is definitively plutocratic, and it only persists because of our collective apathy. Blake Chatelain may be a good man who only desires to serve his alma mater, but like many of his colleagues, his large cash donations to a single politician reinforce the narrative that Louisiana is not a meritocracy; it is “pay to play.”

Because of that, our public institutions are not always guided by leaders who seek to serve their communities; they are, instead, made up of people who are transparently and cynically motivated by the opportunity to accumulate personal fortunes. Consider, again, LSU:

51.1% of the state’s population are women. Currently, there are fifteen men and one woman serving on the Board of Supervisors for the state’s flagship public university.

Ann Duplessis is not just the only woman on the LSU Board of Supervisors; she’s also the only African-American. And these aren’t the only things that set her apart from her colleagues.

Unlike most of them, Duplessis has never given a dime to Bobby Jindal. All told, current board members, along with their immediate family members and associated businesses, have contributed nearly $400,000 to Gov. Bobby Jindal’s political campaign.

The current board not only includes some of Bobby Jindal’s most generous campaign donors; it also includes his former employee, Scott Angelle (who is now running for governor), his first-ever boss, former Congressman Jim McCrery (who has given his former summer intern thousands from his own campaign fund), and Rolfe McCollister, the treasurer of the Jindal-related political action committee Believe Again.

McCollister is a successful publisher, a sharp and opinionated writer, and an exuberant (and occasionally shrill) advocate for conservative politics. Universities thrive with people like McCollister, because both the premise and the promise of the academy is about fostering the open exchange of ideas. Yet McCollister has continually and embarrassingly demonstrated a very basic lack of understanding about his role as a member of the Board of Supervisors. Like most other members, he too has donated thousands to Bobby Jindal.

More in this category: « DOA Kristy Nichols fined, but Louisiana Voice not pleased with Court ruling Louisiana legislators attempts to skirt constitution on budget needs rethinking »
back to top