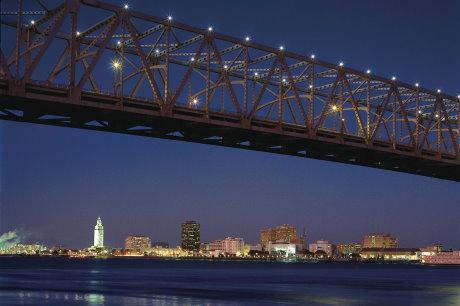 IABC New Orleans will host a panel featuring NOLA Entrepreneurs' Kirk Coco, Simone Bruni and Stirling Barrett. Success as an entrepreneur is determined in large part by the ability to communicate effectively. This panel will engage in active discussion about their communication / branding challenges and successes in today's highly competitive marketplace.

DOWNTOWN NEW ORLEANS
The 4th Annual Downtown NOLA Awards luncheon, which celebrates 5 honorees who have made a positive impact on Downtown New Orleans, is now accepting nominations. The deadline to submit nominations is May 31, 2015. Winners will be announced this summer and celebrated at the awards ceremony to be held Friday, September 18.

The DDD created the Downtown NOLA Awards as an annual program to recognize exceptional accomplishments of Downtown property owners, businesses, residents, workers and organizations. We want to honor the people and places that inspire, innovate and integrate the Downtown NOLA brand into their Downtown neighborhoods!

Nominees must meet at least one of the following criteria to be considered:

Downtown Inspiration - Downtown property owner, business, resident or worker who is a leader, collaborator and advocate for Downtown development.

iMinder - an individual with proven success in one of DDD's core industries: arts-based businesses, digital media or biosciences.

Development Project - an individual or organization that has completed a project that improves the quality of life Downtown.

Adaptive Reuse - preservationists and owners of homes and businesses who keep the integrity of Downtown's historic buildings while modernizing them for reuse.

Façade Improvement Project - building owner or lessee that has invested in improving the appearance of their building's façade. The façade improvement must be a quality renovation that will enhance and be consistent with the historical design, materials and architectural character reflected in the original design of the building.

Best Kept Secret - Presented to one of Downtown's gems that is low profile, but deserves recognition for its programs, services or amenities it provides to Downtown.

Click here for a more information and to submit nominations.

New Orleans and Metairie are ranked 61st and Baton Rouge is ranked 71st in a new survey by WalletHub conducted an in-depth analysis of 2015’s Best & Worst Cities to Work for a Small Business.

Key Stats
• The number of small businesses per 1,000 inhabitants is two times higher in the Miami metro area than in the Bakersfield, Calif., metro area.

• The earnings for small business employees adjusted for cost of living are three times higher in the Houston metro area than in the Honolulu metro area.

• The median annual income adjusted for cost of living is two times higher in the Ogden, Utah, metro area than in the McAllen, Texas, metro area.

• The unemployment rate is four times higher in the Fresno, Calif., metro area than in the Provo, Utah, metro area.

For the full report and to see where your city ranks, please visit:
http://wallethub.com/edu/best-cities-to-work-for-a-small-business/3768/