Jim Brown: I'm 75 and in full rage for living 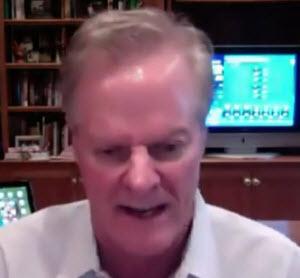 There is a disturbing article in this month’s Atlantic Magazine by a prominent physician at the University of Pennsylvania.  Ezekiel J. Emanuel is an oncologist, a bioethicist, and a vice provost of the University, and is the author or editor of 10 books, includingReinventing American Health Care. So he is a bright guy who knows a lot about health.  His premise is that no one, in this day and age, should aspire to live longer than 75 years of age.

Now I would be skeptical of such an assertion no matter what my current age.  I read the obituary section of several newspapers each day, and make note of a number of successful people who have lived a much longer lifespan. But the Atlantic article becomes more than a bit personal to me. You see, this week, I turned 75.

The premise of Dr. Emanuel’s article is that, for most people, the quality of life diminishes after 75.    He writes that aging “robs us of our creativity and ability to contribute to work, society and the world.  We are no longer remembered as vibrant and engaged but as feeble, ineffectual, even pathetic.”  He concludes by assuming that those who continue to be productive long after 75 are “outliers,” and far from the norm.

But what great philosopher or scientist has concluded that one has to be “productive” in later years?  And just what does Dr. Emanuel mean by being productive? Productivity does not particularly mean that someone who is getting a bit older and slowing down has to be creative. Isn’t the idea of retirement a pathway that allows seniors to absorb the world around them in any way they choose?  If being productive means that I’m hanging out with grandkids more, reading more, reintroducing myself to old friends who go back 50 years and beyond, taking an occasional music lesson, and even trying to be a more than passible cook, then yes, just like many of my current friends, I am being quite productive.

I gazed in the mirror this week, and told myself, look you are 75.  Deal with it, and maybe even relish in all the experiences and fond memories.  I think it was Lucille Ball who once said:  “The secret of staying young is to live honestly, eat slowly, and lie about your age.”  I’d rather acknowledge that age is strictly a case of mind over matter.  If you don’t mind, it doesn’t matter.  Well I don’t mind. And as I get older, I’m quick to quote Mark Twain who told his readers that wrinkles should merely indicate where smiles have been.

I’d like to think that I still have a long life ahead because I watch what I eat, and I workout a lot.  My old college roommate is quick to remind me that the big advantage--if exercising and diet--is that I will die a lot healthier.

Reaching a milestone of three quarters of a century should not be that big a deal.  After all, 75 is really just a number, isn’t it?  Like a bunch of other numbers in your life.  Dates, addresses, sums, phone numbers, passwords, and then, in the mix, is age.  But I hope it is more than that. I wrote a few years back, that my life has been, by any measure, full and hard living, with ups and downs too numerous to mention.  If there is a yin and a yang, the before and the after, what has happened and what is yet to be, then maybe seventy-five is a special way-post for me.  In fact, I really believe that I could be at the top of my game, and ready for the long and relaxing ride back down.

So to the good doctor who wants to shut his life down at 75, I say that’s your call; your freedom of choice.  As for me, I still have a whole lot of living to do.  And not just passive living.  Dylan Thomas said it best.  “Do not go gentle into the night.  Rage, rage against the dying of the light.”