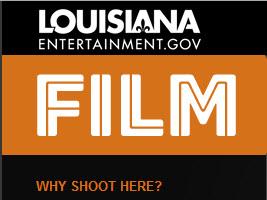 Today is a big day for Louisiana’s future.

The Louisiana House of Representatives will likely be voting upon the future of film tax credits and tobacco taxes and other legislative instruments to generate revenues for its $1.6B budget hole.

Over  a very short period of time (roughly 13 years), the Louisiana film industry has skyrocketed to become the leader worldwide due to the tax incentives.   However,  some argue that the cost to the Louisiana budget is more than the state takes in.  Chehardy talks about that growth and uniqueness of the industry.

The Louisiana Governor, Bobby Jindal, and the legislature are also looking at raising the tobacco to help  fund higher education using a book-keeping device that would circumvent Jindal’s refusal to raise taxes, that could impinge upon his presidential run.

More in this category: « Jim Brown: I'm 75 and in full rage for living Political emails: Tony Perkins, Vitter and help Gowdy destroy Clinton »
back to top