Mayfield, NOJO, New Orleans Libraries and all that FBI jazz 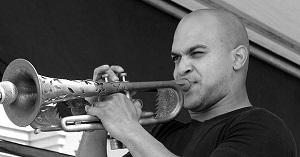 It still is hard to fathom what happened with the New Orleans Public Library Foundation. How did the leadership of the foundation get awarded to Irvin Mayfield, a musician with no expertise in libraries and no degree in library science? Well, it was another boneheaded move by the former Mayor of New Orleans Ray Nagin, the true “Master of Disaster.” Nagin now sits in federal prison for a variety of corrupt activities, but his decision to place Mayfield at the position of foundation president will rank as another one of his many mistakes while in office.

During 2012-13, Mayfield directed $863,000 of the foundation’s money to the New Orleans Jazz Orchestra (NOJO). During this period, Mayfield was leading the foundation and the jazz orchestra and created this financial arrangement. At the same time, Mayfield and Ronald Markham, a library foundation board member, were collecting a six figure salaries from NOJO.

While Mayfield and Markham are still associated with NOJO, both have resigned from the library foundation board. An ill-advised effort to build a mini-library within the headquarters of NOJO has been shelved, at least for the time being.

Obviously, new library foundation board President Bob Brown is facing a major task in investigating the activities of Mayfield and his associates. The internal investigation will not be the only one involving the library foundation as the FBI has now launched a probe into the questionable relationship with NOJO.

What is especially troubling is that Mayfield remains the Artistic Director of NOJO and Markham is still the group’s President and CEO. While promising to return the foundation’s $863,000 donation, NOJO’s spokeswoman still maintains the group wants to have a relationship with the city’s libraries.

After the revelations involving this scandal, it will be a much better idea for the libraries of New Orleans to cut all ties with NOJO. Many foundation donors are quite angry that their funds were misdirected to NOJO, which pays six figure salaries to Mayfield and Markham. The mission of the library foundation should be solely focused on helping maintain a crumbling library system.

The library system was in such need of repair that city officials were able to force through a tripling of the property millage to direct more funds to the libraries of New Orleans. If the foundation had been doing its job, instead of playing jazz, the conditions of city libraries might have been much better.

Along with Mayfield and Markham, all members of the library foundation who approved the NOJO donations deserve plenty of blame. They are accessories to this horrific fiscal “crime.” It remains to be seen if it is an actual crime or just an appalling lack of judgment.

Congratulations to WWL-TV for uncovering this sordid mess; however, the station should have aired the report prior to the library millage election. This may have influenced the vote, but withholding the information prevented voters from having complete information on the library system as they cast their ballots.

Going forward the library foundation should be completely restructured with an entirely new board. It will take quite a while for the group to rebuild trust with donors who were abused by musicians masquerading as library advocates.

More in this category: « Is temporary fix to Louisiana's budget--Jindal's ticket out? Prince William on Switzerland leave from Kate Middleton's family nursery-poo »
back to top