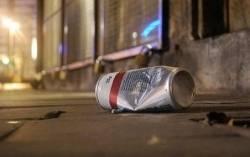 Our friend C.B. Forgotston, who follows the legislature relentlessly, alerted us to this little tidbit this morning that illustrates just how far the legislature is willing to go to absolve itself of any responsibility in the current fiscal mess in which the state currently finds itself.

Year after year, when stinging budget cuts are imposed on higher education and health care, the same cry goes up from the citizenry: “Why are only higher ed and health care subjected to repeated budget cuts? Why aren’t other agencies made to share the pain?”

And year after year, the same response from legislators: “Because under the State Constitution, those are the only areas that can be cut.

“Our hands are tied,” they wail in unison.

Not so, says Forgotston, who once was a staff attorney for the legislature.

Of the $30 Billion in the current state budget, $3.9 Billion or only 13 percent is constitutionally-protected, he says.

Of the dedicated funds:

Of the $30 Billion budget, Forgotston says 87 percent is not constitutionally-protected. That includes:

“The constitution is a convenient scapegoat for the governor and the legislators’ lack of political courage to set priorities,” he said, “especially, since none of them appear to have ever read the document.”

No matter. On Monday, they had a chance to do something about it and they didn’t.

And the vote wasn’t even close.

The Senate Finance Committee deferred, by an 8-2 vote, Senate Bill 196 by State Sen. Jean Paul Morrell (D-New Orleans) which would have placed a constitutional amendment before Louisiana voters that would have repealed the constitutionally-imposed dedications. SB 196 TEXT

The Legislative Fiscal Notes, which accompany any bill dealing with fiscal matters, says there would be “no anticipated direct material effect on governmental expenditures.”

The fiscal notes also said, “Due to the elimination of approximately 20 constitutional funds and the requirement that the revenue source of such funds now flow into the State General Fund (SGF), the SGF will have approximately a statutorily dedicated fund balance transfer of approximately $3.9 billion in FY 16 and annual SGF revenue flow of approximately $730 million per year.” SB 196 FISCAL NOTES

Morrell lectured committee members as he testified on behalf of his bill, saying, “We fixed higher ed but not health care. We have too many ‘not me’s’ coming before you to defend their programs.

“If you kill this bill,” he cautioned members, “you’re saying to your constituents not only that your hands are tied but that you like your hands to be tied.”

Which is precisely what they did on motion from Sen. Dan Claitor (R-Baton Rouge).

As an unspoken acknowledgement of the committee’s concern over a possible veto by Bobby Jindal, a fretful White went so far as to suggest to Morrell that he might get a more favorable consideration of his bill if he waited until next year “when we have a new governor.”

So, bottom line, it appears that legislators remain unwilling to confront a lame duck, largely absentee governor despite his abysmal approval ratings by Louisiana voters.

Something is wrong with this herd mentality, folks.

This is not the time to wait for a “new governor.” This is the time for bold, decisive action that says to Jindal, “We damned well dare you to veto this or we’ll throw it back in your face with a veto session like this state—or any other state—has never seen. We will bring the attention of the national media down upon your delusional head.”

Instead, they choose to wait.