It's Jindal time on Bush, Iraq and everything else 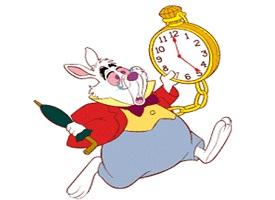 "There are no secrets that time does not reveal"--Jean Racine

Lately, the candidates and likely candidates for US president have been peppered with questions about the past wisdom of the Iraq War.  One of those likely candidates, Governor Jindal took the time to pen a column for the National Review, openly sharing his views on the issue “Iran isn’t Iraq , and this isn’t 2003.

Jindal, while spending time as governor of Louisiana has been most prolific writing opeds for national publications such as the one yesterday, The National Review. (my last count about 55 over the past couple of years).    He started his new oped, by saying, “Last week saw a manufactured debate about a manufactured subject — whether our country should have invaded Iraq in 2003 based on what we know in 2015 about the course of events in the Middle East. But there’s a reason why the phrase “hindsight is 20/20” contains more than a kernel of truth — because Monday-morning quarterbacking, however nice it might make others feel, doesn’t change the past one whit.”

Jindal defended Bush by saying, “I supported his decision to get rid of Saddam Hussein, and I will not second-guess him now even for one minute.”

Interestingly, perhaps Jindal was too quick to the pen.  Just the day before his column, Chris Matthews, in a rather oppressive interview, did reveal that the Bush administration appeared to distort the need to go into the War.   Matthews interviewed former CIA Deputy Director Mike Morrell.

Here is the relevant section as provided by Mother Jones:

Host Chris Matthews asked Morell about a statement Cheney made in 2003:

"We know he [Saddam Hussein] has been absolutely devoted to trying to acquire nuclear weapons. And we believe he has, in fact, reconstituted nuclear weapons." Here's the conversation that followed:

MATTHEWS: Was that true?

MORELL: We were saying—

MATTHEWS: Can you answer that question? Was that true?

MATTHEWS: Well, why'd you let them get away with it?

MATTHEWS: You're the briefer for the president on intelligence, you're the top person to go in and tell him what's going on. You see Cheney make this charge he's got a nuclear bomb and then they make subsequent charges he knew how to deliver it…and nobody raised their hand and said, "No that's not what we told him."

MATTHEWS: To tell the truth.

MORELL: As the briefer, my job is to carry CIA's best information and best analysis to the president of the United States and make sure he understands it. My job is to not watch what they're saying on TV.

The discussion went on:

MATTHEWS: So you're briefing the president on the reasons for war, they're selling the war, using your stuff, saying you made that case when you didn't. So they're using your credibility to make the case for war dishonestly, as you just admitted.

MATTHEWS: You just admitted it.

MORELL: I'm just telling you what we said—

MATTHEWS: They gave a false presentation of what you said to them.

There's the indictment, issued by the intelligence officer who briefed Bush and Cheney: The Bush White House made a "false presentation" on "some aspects" of the case for war. "That's a big deal," Matthews exclaimed. Morell replied, "It's a big deal."

And there's more. Referring to the claims made by Bush, Cheney, and other administration officials that Saddam was in league with Al Qaeda, Morell noted, "What they were saying about the link between Iraq and Al Qaeda publicly was not what the intelligence community" had concluded. He added, "I think they were trying to make a stronger case for the war." That is, stronger than the truth would allow.

Perhaps Governor Jindal, obviously an "expert" on foreign policy--who would not second-guess Bush--not even for one minute—might now want to take a few seconds to watch the interview and revisit the topic.

Also, in his column, Jindal made a few references to “time” that are of great interest.   As mentioned, referring to Bush’s decision, he said, “and I will not second-guess him now even for one minute.”

Also, in the same oped, the Louisiana governor said, “That’s why the media hype of the past week hasn’t just been irrelevant; in many respects, the Iraq obsession is dangerous. Every minute we spend arguing about what should, could, or would have happened in Iraq a dozen years ago is a minute our nation is not talking about what must happen about Iran now. We ignore the current threat — and the greater threat — at our peril.”

Jindal is correct.  We need to focus upon Iran.  The Obama administration might have made a further mess with Iraq by his removing the troops.   We need more facts about this issue especially since Hillary Clinton, former Secretary of State during the relevant time, runs for President.

But, shouldn't we ask whether the leaders of this nation mislead us, to such an extent, that tens of thousands of men have died or have been seriously wounded and hundreds of billions, if not trillions of dollars have been spent to fight a war and to rebuild a nation?

Surely those concerned about the national debt, as we all are, should be worried about wasting trillions on a venture propagated by apparent deceptions.

Putting the Iraq debate away for now, however, the governor says every minute we spend arguing about it is a minute not talking about what must happen (about Iran).

Yet, with the Louisiana budget in a $1.6B debt crises situation, healthcare and higher education in total uncertainty due to the governor’s budgetary policies, the sheer irony of his unsolicited remarks are comical--if not downright frightening!

After all, every minute this governor spends writing opeds for national publications, making appearances like this morning on MSNBC,  writing statements about every issue to hit the wires—is a minute not talking about how to manage the future of this state he has so willfully and selfishly neglected.

And yes, at our periol!

More in this category: « Jindal will co-opt of any Religious Freedom executive order ruling "Jindal hater", Bob Mann, at it again, ridicules governor's Louisiana's economic miracle »
back to top