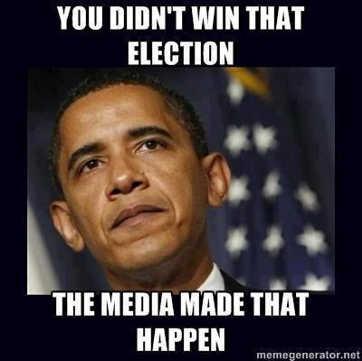 The tragic death of Christopher Stevens, the U.S. Ambassador to Libya, marked the first time in 33 years an American diplomat had been killed.

Stevens was killed along with three others while trying to flee an attacking mob of 400 Islamic radicals in Benghazi, Libya. Stevens relied on Libyan police to provide his security, but when these guards turned on the Americans, their fate was sealed.

If we had a decent media in this country, reporters would be demanding to know why there was such limited security in Libya and other countries on the anniversary of 9/11.

President Obama sent in a U.S. Marine contingent, but at that point, it was too little, too late to save Ambassador Stevens and his team. Other troubling reports have surfaced in recent days that Stevens and his colleagues were not only beaten to death, but raped as well. This horrific brutality contradicts official reports that the Ambassador died of smoke inhalation.

Whatever happened to Stevens, there is no doubt he died at the hands of barbarians who meant to kill an innocent Americans on the anniversary of 9/11.

While an anti-Muslim movie has been mentioned as the supposed reason of the attack, it is much more likely that the attack was well planned for several months to coincide with 9/11 and to retaliate for the drone attack in June on a Libyan born leader of Al Qaeda.

The attacks against U.S. interests have not been limited to Libya. Since Tuesday, our embassy in Egypt has been under constant assault by Muslim extremists. In London, a mob burned the American Flag in front of our embassy. The protests have spread to Tunisia, Yemen, Sudan and other countries in the Arab world.

We are also seeing Islamic extremists take more aggressive moves in our country as campuses at the University of Texas-Austin, Valparaiso University and the University of North Dakota have been evacuated after serious bomb threats were received.

In response to this tragedy, President Obama vowed to bring the killers to justice, but he immediately boarded a plane for a campaign fundraiser in Las Vegas. Instead of staying in Washington to deal with a brewing crisis, the President hit the campaign trail for dollars. He was also cracking jokes with supporters at campaign events, a very inappropriate response to the death of 4 Americans.

While President Obama supposedly did not have time to meet with the Israeli Prime Minister, he did find time to appear on several rap music stations discussing such trivial topics as his I-pod collection and his fondness for hip-hip artists.  His interview with “DJ Pimp with a Limp” was particularly disturbing. On Monday, the President is scheduled to appear on the Letterman show and meet with rap star Jay-Z and his wife Beyonce.

The President is clearly not resolute in fighting these enemies and not at all respected by the very terrorists who are threatening our country. It is obscene for the President to be meeting celebrities while this nation is under increasing attack from radical Islam. How many more American diplomats and Navy Seals have to die before President Obama takes this threat seriously?

At the very least, the foreign gravy train should stop for those countries who are not allies with the United States. We send billions of dollars in aid to Pakistan and Egypt among other countries. The money is used by these corrupt regimes to fund terrorism and attack the U.S. In effect, we are funding our own demise.

This country is under attack from radical Islam, yet this administration refuses to even identify radical Islam by name. The politically correct nature of this administration has been on display all week as first our embassy in Cairo, Egypt and then Hillary Clinton issued statements condemning the anti-Muslim filmmaker who allegedly sparked the violence that led to the attacks against U.S. embassies and diplomats.

While the “lame stream” media has assailed Mitt Romney for criticizing the U.S. Embassy’s statement regarding the movie, the real criticism should have been directed at their favorite candidate, Barack Obama. His actions during his crisis have been inexcusable and the fact that the media is ignoring it just confirms their incredible bias and support for the President’s re-election.