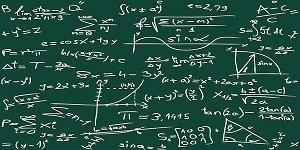 If you're puzzled over the "new math" being taught courtesy to Common Core, you've ain't yet seen nothing.

Yesterday, the Louisiana Senate passed legislation providing a fee the state university students "might have to pay".  The fee then somehow creates a tax credit.  The tax credit then somehow helps balance the budget for the Louisiana legislature.  The balanced budget then somehow allows Louisiana Governor Bobby Jindal to claim "no taxes were raised on my watch" as he spirits off to the presidential competition starting in Iowa and New Hampshire.

I was.  So, I turned to ace-fee-lance reporter Tyler Bridges who is covering the legislative session for The Advocate.

Here is a phone interview we conducted this morning:

Listen to the interview

SABLUDOWSKY: Tyler Bridges, how are you doing, and tell us what's going on with the legislative session. We’re in 15 days and counting am I correct?

BRIDGES: Well the biggest issue the've still trying to solve is the budget deficit that is projected for next year.  They've began the legislative session facing a $1.6 billion budget deficit if  they want to spend as much money this year as next year, they’ve come up with a series of ways that the whittled that projected budget deficit down, at least in their eyes, to about 150 million, the budget has to pass both the House and Senate, it's already passed the House and the house past a bunch of different measures that would roll back tax exemptions and tax breaks enjoyed by companies; they've also included a $.32 increase in the state cigarette tax and there's various cuts to the budget.  And so, now the Senate Finance Committee has the budget and once they pass it goes to the full Senate that any changes that made by the full Senate goes back to the house again for re-concurrence.

SABLUDOWSKY: Now yesterday, the Senate Finance Committee passed some legislation that dealt with the tax credits for higher education, could you explain, I'm very confused about it.

BRIDGES: What you not the only person who's confused about that; it was passed by the full Senate yesterday. What happened, there's two issues that the legislators face. One, is to come up with enough money through tax measures or spending cuts to fill the $1.6 billion dollar budget deficit. The other thing they need to do is to do it in way that does not prompt a veto from Governor Jindal so they'vre coming up.  They've got two different plans that are very complicated and very confusing to try to  create what is called tax offsets or tax decreases, such that..because Jindal says every $100 you raise in taxes and new revenues, you've got to offset that with tax decreases so what the  Senate did yesterday, they approved the plan, again, that I don't want to (laughter) try to have to explain it, it is so complicated, but it has to do with the universities they would be assessed a fee maybe $2000 per student

BRIDGES: That would raise a bunch of money but the students wouldn't actually have to pay it, they would immediately get a tax credit, by the creation of the tax credit--would be seen as something that can offset tax increases or money that's being raised through other measures. So, it's very convoluted, but the rule that Gov. Jindal is following that was set in place by Grover Norquist, Americans for Tax Reform.

SABLUDOWSKY: And so, I'm just thinking out loud, if, say the state legislature raises $700 million in taxes, then...

BRIDGES: Here's how it works, let's say the legislature is raising $200 million in other taxes, then they can impose a fee on these other students that would raise 200 million dollars, but they also then create a tax credit on the fee so the students don't actually have to pay anything but you've all of the sudden created a $200,000 tax decrease through that credit. And then that's used to offset the other $200 million in revenues that they've raised

BRIDGES: Well I think, most people, many people would say this is not good tax policy, what legislators are trying to do is come up with a budget, any which way, that would raise enough money and not invite a veto from Jindal. But certainly it's a plan that's very open for criticism.

SABLUDOWSKY: Well, thanks a lot, I appreciate it, I think I understand it a little more, swapping tax credits as I see, (laugh) but anyway

More in this category: « Bobby Jindal doesn't come cheap, but gets Irish up over same sex marriage Louisiana's Congressional clout plummets with loss of Landrieu; poll results »
back to top