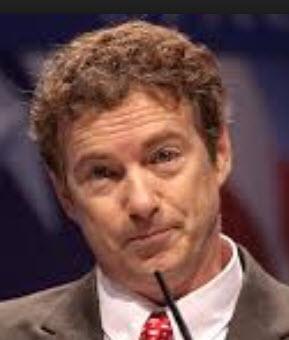 Today, Governor Bobby Jindal again jumped into a foreign policy skirmish this time releasing a foreign policy statement, but, this one, takes issue with the credentials of fellow republican, US Senator Rand Paul.

Specifically, Jindal claims that Paul is unsuited to be Commander in Chief.  Jindal, has in the past called President Obama and Hillary Clinton as being “unsuited”.

Jindal’s statement was in response to an MSNBC interview with Senator Rand Paul who commented this morning that ISIS exists because of hawkish foreign policy.

When Paul was asked if he was concerned about potential rival for the nomination such as Senator Lindsey Graham—who he has had disagreements with over foreign policies, Paul said that people like Mr. Graham helped add to the chaos in the Middle East.

Here are some of the comments made by Paul:

“ISIS exists and grew stronger because of the hawks in our party who gave arms indiscriminately, and most these arms were snatched up by ISIS,”.

“ISIS is all over Libya because these same hawks in my party loved Hillary Clinton’s war in Libya, they just wanted more of it,” he said. “Libya is a failed state. It’s a disaster.”

“And yet somehow they have the gall to be saying and pointing fingers otherwise”.

In his media statement, Governor Jindal said, "This is a perfect example of why Senator Paul is unsuited to be Commander-in-Chief. We have men and women in the military who are in the field trying to fight ISIS right now, and Senator Paul is taking the weakest, most liberal Democrat position.

It's one thing for Senator Paul to take an outlandish position as a Senator at Washington cocktail parties, but being Commander-in-Chief is an entirely different job. We should all be clear that evil and Radical Islam are at fault for the rise of ISIS, and people like President Obama and Hillary Clinton exacerbate it.

American weakness, not American strength, emboldens our enemies. Senator Paul's illogical argument clouds a situation that should provide pure moral clarity. Islam has a problem. ISIS is its current manifestation. And the next President's job is to have the discipline and strength to wipe ISIS off the face of the earth. It has become impossible to imagine a President Paul defeating radical Islam and it's time for the rest of us to say it."

For months, Jindal has frequently sent out press releases trying to immerse himself into the conversation as he ramps up his run for President.

Louisiana lawmakers have been quite critical of Jindal as the state is attempting to climb out of a deep budget hole of $1.6B, that many believe were directly caused by Jindal’s own fiscal policies.