As gubernatorial candidates court, will Louisiana be fooled again? 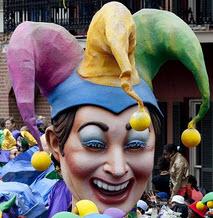 Fifty years ago this month, rock band The Who released their megahit rock opera called “Won’t Get Fooled Again.”  The song ended with the lyrics: “Meet the new boss, Same as the old boss.”  From the early debates in the approaching Louisiana governor’s race, voters are hearing few fresh ideas as how to get the Bayou State out of its fiscal and quality of life disarray that has continued for years.

Those monitoring the previous debates, including members of the press, rarely ask specific, tough questions.  All the candidates running are cookie cutter in their scripted responses.  Pro, guns, pro life, let’s have a study on fiscal issues, everything is on the table, we will review, will work with the legislature.  We’ve heard these same habitual retorts for decades. Isn’t it time to get specific?

How about a gubernatorial candidate who will step up and embrace an unambiguous Contract with Louisiana?  An explicit and detailed set of guarantees, put in writing, that offers votes an agenda for Louisiana renewal?  Not a list of worn out platitudes that pits one interest group against the other, but a management document that addresses head on why the state is laggard in so many policies and basic services.  And back off the right vs. left gibberish. It’s time to talk about the future vs. the past.

Forget about Bobby Jindal. He’s a has-been who ran state government on a day-to-day basis, with no concern about future consequences.  Sure, he is leaving the state in financial disarray.  But it time for a gubernatorial wannabe to spell out benchmarks to be met on a yearly basis.  So what are these targets?

First, call a constitutional convention to specifically rewrite sections dealing with how to raise and spend state dollars.  In the 1973 constitutional convention, future Governor Buddy Roemer and I co-chaired and wrote the revenue and fiscal section.  We were both adamant that there be no dedicated funds.  We agreed that benchmarks for state spending would change, and the legislature needed the flexibility to set financial priorities.  But little by little, constitutional amendments were passed that dramatically reduced what funds were available for the legislature to appropriate.  A new constitution should let the governor and the legislature do their job, and then hold them accountable.  But don’t tie their hands as we have under existing limitations.

Next, pledge to undertake a complete review of state spending.  The current system of monitoring how state dollars are spent falls to the legislative auditor and the inspector general, and the results are mixed.  Too much waste fall through the cracks. The massive spending to buy jobs through corporate welfare rarely works and has not been properly monitored. Let treasurer John Kennedy head up this effort.  He will easily be re-elected, he is capable, and bored with the work he is doing now.  So turn him loose to cut out unnecessary spending of tax dollars.

Then require much greater accountability in higher educational spending.  Colleges continue to demand more dollars, but what are taxpayers getting in return?  Why are a majority classes being taught by grad students and non-tenured professors?  Why are there so many non-teaching employees making six figure salaries?  Why isn’t there even one Louisiana school that ranks in the top tier of colleges in America?  Why does it take a majority of Louisiana students six years or more to graduate?  Taxpayers deserve answers.

Is the Common Core debate all that critical to the success of our kids? We’re talking about a few tests for goodness sakes.  Louisiana has one of the top educational superintendents who is recognized nationwide in John White.  We should trust him to make the call on testing. Turn him loose and let him do his job.

Healthcare?  Take the federal money and run.  We have the least healthy population in the nation.  It’s our tax dollars that would be coming back from Washington.  If we don’t take the Medicaid money, then our tax dollars go to some other state, and not to us.  How could any rationial official pass on OUR money?

Hey, I’m just getting started here. The list is goes on and on, and fodder for another column.  Louisiana is in a rut, and continues to make the same mistakes over and over again.  In five months, voters hopefully will demand more, much more from those who want to lead.  A Contract with Louisiana would be a good beginning.  So, as The Who says, we won’t be fooled again.

With less than two weeks left in the Louisiana legislative session, no issue is more important than the $1.6 billion budget deficit.  While there remains a possibility that the legislature might find enough money with the combination of revenue-raisers and budget cuts that would satisfy all parties involved, there is also the possibility that the legislature will defy Gov. Bobby Jindal and his allegiance to Grover Norquist of the Americans for Tax Reform --and approve a budget that raises taxes without a corresponding and equal cut in government spending.

Pinsonat: If no democrat in La. Governor runoff, turn out party lights

What could be more exciting than a Louisiana governor's race, statewide elections and the Louisiana Legislature wrapping up a little $1.6 billion deficit budget brawl?