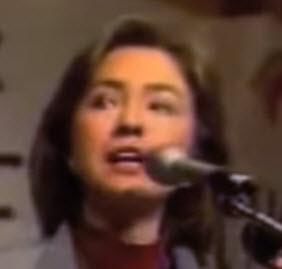 The media should be having a field day with Hillary Clinton. For decades, she has been a scandal machine. From cattle futures to the Rose Law Firm to the White Travel Office, Hillary Clinton was never far from the scandals that plagued her husband's presidency.

Her tenure as Secretary of State did not include any significant accomplishments, but was marred by her inexcusable handling of the Benghazi terrorist attack. She seemingly sold her office to the highest bidder as massive funds were raised by the Clinton Foundation while she served as the nation's top diplomat. Despite her supposed advocacy for gays and women, her foundation accepted large donations from countries that discriminate against both groups and possess horrible human rights records.

As a presidential candidate, Hillary has been rocked by revelations that she used a private email account and server to conduct official business as Secretary of State. Not only did she expose these communications to potential hacking from foreign adversaries, but Hillary shielded these emails from the American people.

It should surprise no one that Hillary destroyed 31,000 emails and wiped her server clean. Clearly, Hillary Clinton does not believe in transparency and, once again, she is hiding something. Yet, it is nothing new, Hillary has been hiding the truth and lying her entire political career.

In the past five weeks, Clinton has only answered questions twice. Such mistreatment of the media and the American people should not be tolerated; however, most reporters are giving her a pass because they share her liberal beliefs. Of course, no Republican would be allowed to avoid media scrutiny for over a month.

This week, Hillary was campaigning in South Carolina, a state she lost badly to Barack Obama in 2008. While addressing her supporters, Hillary once again utilized a phony Southern accent. This brought up painful memories of her 2007 speech in Selma, Alabama where Hillary donned the phoniest Southern accent of all time.

While she talked like a Southerner, she refused to talk to the media. Once again, Hillary avoided press questions, but her Republican opponent, Carly Fiorina, conducted a wide ranging news conference outside the hotel where Clinton was speaking. During her sidewalk interview, Fiorina showed the American people how a presidential candidate should act by being open and honest and not backing down from tough questions.

So, Hillary Clinton, 2015 edition, continues to show Americans a person who is not genuine, not honest and not interested in answering questions about her questionable behavior. This is not the kind of person Americans need as President. Sadly, Hillary learned about deceit from the master of political lies, Bill Clinton. As Paula Jones, a woman who accused Bill Clinton of sexual harassment, noted in an interview this week with the Daily Mail Online, Americans should not elect Hillary Clinton as President of the United States. According to Jones, “She should not be running with the terrible history they have. Who would want Bill Clinton back a second time, doing the same stuff he was doing before, philandering with women? They have both lied.”

Well said Ms. Jones, Bill Clinton and his phony, scandal tarred wife should be not allowed anywhere near the White House. If she is elected President, America should expect more of the same, lies coupled with relentless ambition, a very dangerous combination.

More in this category: « Rand ready to Rumble, Jindal-Teepell tag-teaming Paul for exposure, campaign dough Will "fixing a flat tire" be Pippa Middleton's new blockbuster bestseller? »
back to top