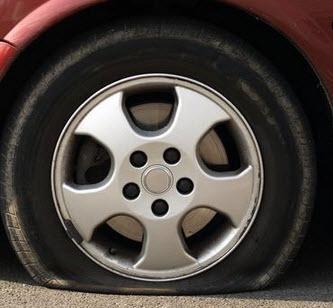 How could we miss this?

Did Pippa break a nail?  Did she detect a blackhead disfiguring her visage?

Did she run out of eyeliner?

Whew!  At least we know that it’s not life or death for Pippa!

But something did happen, and it almost escaped our detection.  We must have been preoccupied at the time with the impending birth of the fake doll baby.....uhm, I mean, Princess Charlotte.

Pippa got a flat tire!  http://www.usmagazine.com/celebrity-news/news/pippa-middletons-car-breaks-down-brother-james-comes-to-rescue-201515.

It always gives me the chills.  Being American, our sirens sound completely different.  The first time I ever heard a European emergency siren was in the movie, “The Diary of Ann Frank,” which our teachers made us watch, and even today, when I hear that noise, it always makes me think that the Nazis are coming to round us up.  https://mpsdownsblog.wordpress.com/2014/05/02/the-diary-of-anne-frank-1959/; https://www.youtube.com/watch?v=nEgKwB5SRq8;

Anyway, Pippa didn’t call the emergency services when she discovered that her expensive Range Rover had a flat tire back on May 1, 2015.  So, no “Ooh-ahs” filled the London air.

But I was shocked that the woman who is paid hundreds of thousands of dollars to write about how to play tennis, how to play cricket in a ball gown, how to eat whale meat, how to roll your own egg rolls, how to make oozy-green grass-juice shakes, how to throw a party, how to scramble an egg, how to boil water, how to sing carols and make figgy pudding and the like, apparently does not know the biggest “how to” thing in the world...which is....

“How to change your own car tire.”

That is an important thing to learn, especially if you are a single woman like Pippa, on the move.

Otherwise, not knowing how to change your own car tire puts you at the endless mercy of...well, most usually, handy men who are often gracious and helpful and harmless and just glad to whip out the car jack and the thingy that undoes the bolts, and then they take the flat tire off the car and put the spare on, and hopefully you haven’t let the spare go flat, and then off you go!

Or, you could find yourself bereft, on the side of a seldom-traveled highway, where mountain men cruise by in pickups to look for brides to rapture and spirit away to their isolated mountain aeries and pretty soon you find yourself pregnant and barefoot and wearing torn gingham dresses and all those party-planning skills are directed towards cutting up venison meat, diggin’ up ginseng to sell to flatlanders, and tending the turnip patch, and not even the FBI can find you.http://www.dailymail.co.uk/news/article-2129863/Mountain-man-kidnapped-athlete-22-wife-son-shot-dead-rescuer-bids-parole.html.

But knowing Pippa, she’d find a way to put it all on television, staring herself.  Oh, wait, someone just did that....http://www.tvruckus.com/2015/03/10/appalachian-outlaws-nasty-sam-lunsford-raises-stakes-in-west-virginia-ginseng-game/.

Whah...wait, uhm, oh my gosh, I had a dream that I was stranded with a flat tire in the Appalachian Mountains, or was it in the Ozarks of Arkansas, or .....a trailer park?

But, back to wonderful civilized London!  Whew!

Pippa does not know how to change her own flat car tire.  What?!

Or maybe she does, but she just didn’t want to dirty herself, or break a nail, or smear her mascara, so then she did the next best thing.  She called her brother, James, who came out, inspected the tire, and then he called the road service provider.

When we noticed that Pippa was wearing sensible flat shoes, we suspected that she might be staging a photo opportunity to showcase her next big writing thing: “Pippa’s Manual of Do-It-Yourself Auto Repair.”  http://www.dailymail.co.uk/femail/article-3064308/James-rescue-Mr-Middleton-turns-Mr-Fixit-sister-Pippa-s-30-000-Range-Rover-suffers-puncture.html.

Subtitle that, “First, you call the road service.”

Is the Penguin publishing giant ready to fork over another million dollars in an advance for THAT?”  Penguin could do a deal with Land Rover to give an autographed copy away with every luxury Range Rover they sell.

But changing a car tire is so much more stressful than rolling your own eggroll.  We were completely taken with the glow of the possibility, but then we were very let down because Pippa did not change her own car tire.

For a moment, we thought that Pippa’s Ken-doll boyfriend, Nico, might suddenly helicopter in from Switzerland, where he now lives, and parachute down with wrench in hand.

Sadly, and less excitingly, Pippa called her brother, James Middleton.  And like a good Middleton sibling, he came broke away from his marshmallows-with-inky-photos-atop-them business, and came rushing down in his expensive convertible Jaguar sports car to check out Pippa’s flat tire.

Given that James was attired in a blue sleeveless vest and yachting loafers, I initially had hopes that he would know how to change Pippa’s flat tire.

And one would think that, what with Pippa and James Middleton on the case, that flat car tire would get changed lickety-split!

I mean, didn’t Pippa and brother James Middleton cycle around the world or something, a while back?  http://www.dailymail.co.uk/tvshowbiz/article-2658133/Pippa-Middleton-epic-bike-race-12-American-states-eight-days.html.

Wouldn’t people who tear around the country wearing the Union Jack on their racing silks or whatever, wouldn’t they know, just know, how to change a car tire?

Wouldn’t a graduate of Edinburgh Uni and a scion of business know, just know, how to change a car tire?

Apparently not.  They did examine the tire, though, and were photographed determining, “Yup, it’s flat, it’s flat alright, hoo boy!.”  Pippa never let go of her super-fashionable, super-expensive Aspinal of London handbag.  https://www.aspinaloflondon.com/discover-aspinal/aspinal-lovers/pippa-middleton.

Interestingly, for an extra, oh, $350.00, you can buy an Aspinal handbag that will charge your cell phone.http://www.dailymail.co.uk/femail/article-2546627/Pippas-handbag-goes-high-tech-The-tote-beloved-Miss-Middleton-comes-built-battery-pack.html.

How much more might it cost for Aspinal to put in a gizmo that would reinflate a flat tire?

Or “tyre,” as the say in the United Kingdom.

And then, brother James took charge, took the helm, took control, and he called a towing service.

But weirdly, the Daily Mail implied that James Middleton came to Pippa’s rescue, and did change her tire!  http://www.dailymail.co.uk/femail/article-3064308/James-rescue-Mr-Middleton-turns-Mr-Fixit-sister-Pippa-s-30-000-Range-Rover-suffers-puncture.html.

But he didn’t....not in reality.  Holy Disinformation, Daily Mail!

The Daily Mail even called James Middleton “Mr.-Fix-It” when, in reality, James “fixed” nothing!

But sometimes, calling the towing or road service is the safest thing to do, especially if one does not know how to change a tire one’s self.  And even if one knows how to change a tire, changing it isn’t always the smartest thing to do.  You could get killed by your serial killer husband when you slide under the car to get a runaway lug nut.  Allegedly.  http://www.dailymail.co.uk/news/article-3042082/Double-wife-murderer-wants-use-cash-life-insurance-took-second-wife-allegedly-killing-fund-defense.html.

So, good for Pippa, getting her flat fixed by calling her brother who called the road service.  They both got gobs of publicity, too!

Is this why the rich are richer than you and me?

More in this category: « Return of Hillary Clinton's Southern drawl "accentuates" her falsities Time for Louisiana legislature to man-up to Jindal's fantasies, bullying »
back to top