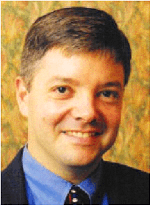 Summary: With defections from the Louisiana Democratic Party such as John Alario and Walker Hines and with President Obama being unpopular in the state, the Republican are quickly acquiring more political stroke and the Democrat clout is diminishing.

Since the end of Reconstruction, the Democratic Party has ruled Louisiana. For many years, the Republican Party was so small that members could “fit in a phone booth.”

Today, the Republican Party is growing, while the Democrats are becoming the incredible shrinking party. Over the years, the direction of the national political environment has hurt the Democratic Party. Gradually, Republicans started getting elected to Congress and to statewide office in Louisiana. In the 1970’s, Dave Treen became the first post-Reconstruction Republican elected to Congress. Later that decade, he was elected Governor. In the 1980’s, the election of Ronald Reagan as President encouraged many conservative Democratic legislators throughout the South to switch to the GOP. In Louisiana, former House Speaker John Hainkel of New Orleans and others made the switch to the Republican Party.

Over the years, more and more Republicans were elected to the Louisiana Legislature, but the party still did not enjoy a numerical advantage over the Democrats until last month. In November, State Representative Walker Hines (R-New Orleans) became the latest Democratic Party defection, giving the Republicans a one seat advantage in the House. Hines wants to run for Secretary of State next year and he realized that he had almost no chance of winning as a Democrat.

In the last election cycle, Republicans won the major statewide races in Louisiana. In fact there is currently only one statewide elected Democrat serving in Baton Rouge, Attorney General Buddy Caldwell. This is a major change from 2006, when Democrats held a majority of the statewide offices in Louisiana.

What has happened in recent years to accelerate this trend? The biggest impact on the national political scene has been President Barack Obama. While he is popular in some liberal states, he has an overall approval rating in the mid-40 percent range. In Louisiana he is even more unpopular, scoring an anemic 36 percent approval rating. His signature pieces of legislation like the stimulus bill and the healthcare plan have not been embraced by Louisiana voters.

With their party leader in political trouble, it is a very difficult political environment for Louisiana Democrats. It is no surprise that legislators are switch parties. Yesterday, lifelong Democratic State Senator John Alario of Westwego joined Walker Hines as a new Republican. Alario wants to be elected as Senate President next year. He knows that the Republicans will likely take over the Senate and expand their majority in the House in the 2011 elections. His only chance to win the top Senate leadership position is to switch to the GOP.

When an Edwin Edwards Democrat like John Alario becomes a Republican, it is a bleak situation for the party. Now other Democrats like State Representative Noble Ellington of Winnsboro are thinking of switching to the Republican Party. According to Ellington, moderate blue dogs are losing their voice in the Democratic Party, which is now dominated by liberals.

At this point, the Democratic Party of Louisiana is dominated by African Americans, the most loyal constituency of the party. However, to win statewide, any Democrat needs one-third of the white vote, along with monolithic support among African Americans. The recent defections show that the white vote is abandoning the Democratic Party in Louisiana.

In an age of Obama, it is becoming much tougher for Democrats to win in Louisiana and the prospects will likely not improve before statewide elections next year.

DO YOU AGREE OR DISAGREE? TELL US BELOW