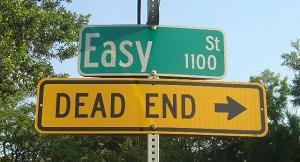 You have to hand it to Inspector General Stephen Street. When he finds Bobby Jindal in violation of the law, he comes down hard. With all the force of a powder puff.

Reacting to a complaint from C.B. Forgotston over Jindal’s use of his office’s taxpayer-funded web page and public salaried employees of the governor’s office to issue a press release critical of Republican presidential nomination candidate Sen. Rand Paul on Thursday, Street took all of two days is issue a less than scathing report on the matter. Statement from Inspector General 5-29-2015

Jindal, who is expected to announce his candidacy next month, issued the press release that said Rand was “unsuited to be Commander-in-Chief” for saying American foreign policy was instrumental in the creation of ISIS.

Jindal, for his part, defended the release through mouthpiece Mike Reed who offered one of the lamest of the lame in defenses in saying, “Matters of national security are very important to Louisianians, and Louisiana is home to many American soldiers. The suggestion that the governor of Louisiana cannot or should not comment on matters of national security is without merit.”

What? Mudslides, drought, forest fires and earthquakes are important to the folks in California. Floods are important to those unfortunate people in Texas and Oklahoma and at least a dozen states have been plagued with tornadoes. Why doesn’t he issue a press release criticizing nature?

It wasn’t the first time Bobby defended a really bad idea. Remember those $250 million berms he insisted on building in the Gulf to catch all that oil from the BP Deepwater Horizon disaster? Despite advice from all the experts that the idea was a bad one, he plunged ahead (no pun intended) and what happened? The berms and the bulldozers hauled in to build them up simply disappeared into the depths of the Gulf waters. And even after all that, he continued to insist the berms were a good idea.

Too bad Jindal has not been as tuned in to the matters of fiscal insecurity that are also important to Louisianians. If he were, perhaps the state wouldn’t be finding it necessary to slash higher education and health care budgets. Health care, after all, is pretty important to Louisianians, too—especially to those who don’t have it because of Bobby Jindal. So are our roads and bridges and coastal erosion—things a sitting governor should be devoting his attention to instead of remarks by a potential political rival.

Forgotston, prior to Street’s crushing blow to Jindal, wrote, “While you are working on the response to my complaint about the governor violating the state constitution, please include your position on his violation of this felony statute:

R.S. 18:1465. Prohibited use of public funds
A. No public funds shall be used to urge any elector to vote for or against any candidate or proposition, or be appropriated to a candidate or political organization. This provision shall not prohibit the use of public funds for dissemination of factual information relative to a proposition appearing on an election ballot.
B. Whoever violates any provision of this Section shall be fined not more than one thousand dollars or be imprisoned, with or without hard labor, for not more than two years, or both.
Street, for his part, showed all the backbone of a jellyfish in his Friday release that followed his thorough, two-day investigation of Jindal’s taxpayer-funded campaign release tirade.

After reprinting Jindal’s statement, Street went on to say, “It is a matter of record that Senator Rand Paul has announced his candidacy for President of the United States and has a website…through which he is raising money to support his campaign. However, as qualifying for the Louisiana Presidential Primary will not take place until December of 2015, it is unclear at this time whether Senator Paul is a “candidate” as contemplated by …the Louisiana Constitution.

A person who meets the qualifications for the office he seeks may become a candidate and be voted on in a primary or general election if he qualifies as a candidate in the election.
He also cited a statute which, while defining the word candidate, “specifically excludes those seeking the Presidency of the United States from the definition.” He said inasmuch as that provision is in the chapter dealing with campaign finance, it is unclear how broadly it applies to the Louisiana Constitution).

Street, while dancing around the issue, did acknowledge that the applicable section of constitution “is intended to protect public funds and therefore raises questions about the use of public funds in this instance that resulted in the complaints filed with this office. The governor’s office could have easily avoided such questions by issuing the statement through means that did not involve the use of public funds or employees,” he said, adding that his office “recommends that in order to avoid confusion and any appearance of impropriety in the future, any such statements by the governor be issued through non-publicly funded means rather than through his publicly funded and maintained state website.”

Wow. Jindal must feel like Street jerked a half-hitch in his neck with that devastating report.

Time for Louisiana legislature to man-up to Jindal's fantasies, bullying

While the Louisiana Legislature, with only 11 days left to go, tries to grind out a budget compromise, Governor Bobby Jindal is in New Hampshire today. He is doing what he does best: The governor is using the state police as his own travel entourage (paid for at the public’s expense) campaigning for a position for which he hardly registers a heart-beat in most GOP polls.

More in this category: « Increased Fees inconsistent vehicles for Louisiana legislators Bush, Iraq War lies then and now »
back to top