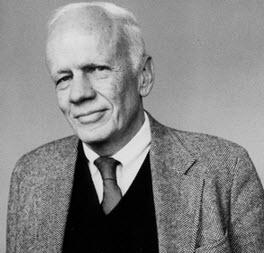 Many readers who love Louisiana literature will gather this weekend in St. Francisville to celebrate the life and works of novelist Walker Percy.  He was, to me, a literary icon who spent most of his life in Louisiana.  Many consider him to be America’s most significant Catholic writer.  And he was passionate about Louisiana.  So passionate that he took the time to give me some good advise about what he considered to be the insidious politics in the Bayou State.

I first heard about Dr. Percy (he was a psychiatrist by training) back in 1961 when I was an undergraduate at the University of North Carolina. I was writing a weekly column for the student newspaper, The Daily Tar Heel.  Percy was a Carolina graduate, and had also written regular columns for the Tar Heel back in the late 1930s. His first novel, The Moviegoer, had just won the National Book award, and there was a lot of buzz about him in Chapel Hill.

One of the amusing stories that circulated around the English Department at Carolina was about Percy taking his freshman English placement test.  He had just read Faulkner’s “The Sound and the Fury,” and wrote his entire essay in one long paragraph without punctuation.  He was promptly placed into a class for slow learners and was told that he needed a lot of help to pass English composition.

The Moviegoer was set in New Orleans, a place I had never visited.  Percy’s descriptions of the French Quarter, Mardi Gras, and the streets of the Crescent City were enchanting to me, and one of the reasons I decided to attend Tulane Law School. One of my courses in constitutional law was taught by Professor Billups Percy, Dr. Percy’s brother.  His uncle, Will Percy, had written an important history titled “Lanterns on the Levee,” a memorial to the South of his youth and young manhood, where he describes life in the Mississippi Delta.  The introduction was written by Walker Percy.

I went on to read all of Percy’ novels.  His main characters are “seekers” who struggle with an existential crisis in their lives.  They habitually search for God with varying success, and often look for some form of redemption.  He writes how he personally found redemption in the Catholic Church.

I had never met Dr. Percy until receiving a phone call in 1987.  At the time, I was serving as Secretary of State, and was running for governor.  I had written an 80-page plan I called The Brown Papers; my vision of how Louisiana could prosper in future years. Few people read it.  One spring day, my secretary buzzed that I had a phone call from someone named Walker Percy.  I assumed it was someone with the same name.

When I returned the call, Dr. Percy told me he was some obscure writer from Covington, and he was impressed with my plan.  Would I have time, if I were in the area, to come by for coffee and a chat?  Would I have time?  I drive over to his home the next afternoon.  We talked late into the evening sharing ideas about what Louisiana could be with all its natural resources and creative talent.

He told me what he had repeatedly written in a number of publications.  “What happened?  Louisiana is a state richer in mineral resources, the top gas producer in the country, possessed of the largest port, endowed with a natural wealth, which in its use might have been expected to yield manifold benefits for its people.  But its marshes have been plundered and polluted, one of the highest cancer rates in the county and the loss of fifty square miles of wetlands yearly.”  He went on to lament that Louisiana should be much more than what he decried as “a slightly sleazy playground for tourists and conventioneers.”

He said he was still optimistic about the state’s future, that he was in my corner politically, and to call on him at any time. We visited on one other occasion in Covington, and exchanged a number of phone calls up until his death in 1990.

In one conversation before his death, he told me he didn’t consider himself to be a southern novelist, and did not want to be compared to William Faulkner. He felt that Faulkner had this tragic sense of history, and that Percy wrote about the new South. And he was deeply concerned about the state’s future. He was right on the money in so many things he wrote and said. Walker Percy would have been a pretty darn good Louisiana governor.