The many merry GOP Presidential candidates should have their say 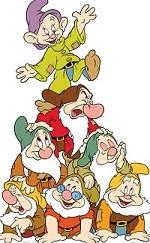 In the end, there could be 16 or more Republican presidential candidates. The candidates can be grouped using in many different ways. For example, former Arkansas Governor Mike Huckabee and former Pennsylvania Senator Rick Santorum will emphasize social issues, Perry and Graham will emphasize national security and U.S. Senator Rand Paul of Kentucky will focus on protecting the liberties Americans are guaranteed by our Bill of Rights.  However, there is another way to group the candidates: conservative or RINO (Republican in Name Only). Clearly, Bush will be the best funded and leading RINO, but it is not clear who assume the mantle as the top conservative contender.

Due to the plethora of conservative candidates, some commentators are lamenting our embarrassment of riches. They are calling for conservatives to unite behind one candidate who can defeat Bush. However, it is far too early for any consolidation among the candidates. Voters need to see the candidates in action, witness them in a debate setting and learn where they stand on the major issues. In essence, the Republican race is an example of a political free market as voters will be given a wide variety of choices and allowed to choose the best candidate.

The decision should rest with the voters, not a kingmaker or a news network.  It is critical for all of the news networks to expand their televised debates to include all of the major candidates, not just the “top ten.” This is not college football, it is the future of the nation which is being determined and limiting the field of candidates is not only premature, but it can adversely impact the decision making ability of voters.

The networks are supposedly going to decide the “top ten” based on an average of early polls, but they are too influenced by name recognition alone. The networks need to expand the debate format, give more time for questions and accommodate the larger field. This is an essential public service as the future of our nation is at risk. This election will be the most important one in our lifetime as the next President must repair the damage done by Barack Obama to our nation’s economy, our national security and our social fabric, namely race relations.

With the survival of our nation at stake, it is worth the time and effort for the networks to expand their format. The real question is whether the geniuses at the RNC will allow liberal reporters to moderate the debates. In the 2012 general election, every presidential and vice presidential debate was moderated by a liberal. It is essential for the GOP to control the process much better in this election.

While the stakes are high and the country is in serious trouble, American voters can make a positive change by electing a true conservative President in 2016. A conservative agenda will be impossible if the GOP nominates another RINO who will lose in the General Election.

Republican voters have very important responsibilities such as nominating a conservative, but they need adequate information to perform their duties. The debates will be the best way to gauge the candidates, so the news networks must not be allowed to artificially limit the debates to ten candidates.

Fortunately, this race will feature the largest field of viable candidates ever presented to Republican voters. At such a critical juncture, Republican voters need to choose the very best candidate, so it is desirable to have many options to consider, in fact, the more the merrier.

In this way, Republican voters can select the very best conservative who can defeat Hillary Clinton and spare the nation a third Obama administration.

More in this category: « The doozy acts to SAVE JIndal's last legislative budget Louisiana House members write Norquist about Jindal's tax pledge hold »
back to top