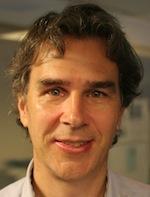 Unquestionably, the Louisiana Legislature has been busy the past two months.  Legislators and others have been trying to figure out how to plug a $1.6 billion budget hole for the upcoming fiscal year that begins July 1, 2015.

One of those individuals plugged into the legislative session developments as they happen is freelance reporter, Tyler Bridges.  Bridges has been writing for The Advocate and has penned various articles for national publications such as Politico and the Washington Post.

The chaotic session is coming to a close.  Governor Jindal is threatening to veto the budget if it does not adhere to to a “no-tax-increase” pledge he made to Grover Norquist, of the Americans for Tax Reform.  Jindal, is also a presidential hopeful, thus, his national image appears to be paramount to him.  On Sunday, Stephen Sabludowsky, publisher of Bayoubuzz conducted a telephone interview with Bridges, to discuss two weekend articles he wrote about a Saturday session and about his most recent Post article focused upon Jindal’s political problems at home.

Here is the narrative transcript and a video of the recorded telephone interview:

SABLUDOWSKY: OK Tyler Bridges, good morning. And I know you've been busy, you wrote a column, an article, in the Washington Post which is out this weekend and two articles that I read just yesterday, in the Advocate. The legislative session is coming to an end. Why don't you first tell us about the Washington Post article and then why don't you go and tell us about the two articles that you wrote this weekend.

BRIDGES: Sure Steve. The piece that I wrote for The Washington Post a  freelance article, looks at where Bobby Jindal stands--a little more than two week before he is going to announce his campaign for president. And congratulations to Jindal being for having such high success in politics that he's gotten to the point where he can announce for president.

BRIDGES: I cannot think of anybody in Louisiana in history who has now been a serious candidate for president and the problem that Jindal is facing, which is what I wrote about in the article in the Washington Post is that he is very weak politically. He's probably at the weakest period that he's ever been.  I identify and analyze him and I was not able to get all of this into the Washington Post article.  But, he's had three moments in his career:  One, was when he started out in 2003 as a political nobody running for governor but had the backing of Mike Foster. Second, the low point after he lost that 2003 governor's race that he thought he was going to win.  And then, of course, in 2004, he was elected to Congress. The other low point I think, was after his 2009 state of the union response to Pres. Obama. So, you've got a low point right now and June 24 is the day that he announces for president.

BRIDGES: The other stories that I did, I covered the legislature on Saturday and they passed more tax measures. That means the House and the Senate have passed just about every budgeting tax measure that's out there. The Senate will be passing the budget on Monday. And there's just several more days that's left in the legislative session, so it's going to be a final frenzied homestretch. And I lay out in article in the Advocate of trying to reach an overall deal on the budget that provides the dollars that everybody says that they want to prevent cuts, deep cuts to higher education and to public health care-- while not prompting a veto from Gov. Jindal. And the third story I did was looking at a measure that with scaled-back the Motion Picture Investment Tax Credit, the tax break that taxpayers give to film and television producers to do their movies and TV shows here in Louisiana.

SABLUDOWSKY: How close are the House and the Senate in terms, I guess just,--in dollars, are they far away?

BRIDGES; It's hard to know because the Senate on Saturday passed some tax measures with amendments and exactly what was in those amendments is not clear. Everybody, I think, that in general, most legislators agree that they wanted to raise $750 to $850 million of new money by rolling back the tax breaks and by raising the cigarette tax. There are differences, the House seems to not want to go high, the Senate has a cigarette tax increase, the fight is back and forth. The House is much more willing to try to override a veto of Gov. Jindal, if it comes to that, as I have reported in the Sunday article, in the Advocate.  But all of this will be revealed in the next, by Thursday, and a lot of this will be taking place behind public doors in secret negotiations.

BRIDGES: Right, and we may not even know, for days after Thursday--what is the final shape of the budget--because it takes a while to sort this stuff out and then a couple of weeks ago or a week ago--ultimately the going to pass a budget that only partially fixes the budget deficit that they're facing.  This budget will have a number of short term fixes and it is clear that the next governor and the next legislature, who are elected by the people this fall will inherit a fairly big budget deficit that this governor and this legislature are leaving behind.

SABLUDOWSKY: Okay, one last question, the Safe account, that was the big controversy last week that of course as you know with the bogus fee to the University students, the tax credits, for the purpose of giving government Jindal cover--my question is--any feel as to how that is going to go?

BRIDGES: Yea, and just to allow me to state because it is confusing to people, the plan is to impose about a $1500 fee on every student, part-time or full-time that are in state colleges and universities. There's currently about 20,000 students, so the very rough numbers to raise $350 million--but the students do not actually have to pay the fee. There would be a tax credit for the same amount for the $1500, so--students would not pay anything, universities would not receive any extra money. The benefit of this, from Jindal's point of view is, number one, a fee is not a tax increase, and that's okay under the guidelines from Grover Norquist, Americans for Tax Reform

BRIDGES: The second is, that the legislature and I think Jindal wants, and the legislature wants, to raise new revenues so that won't be deep cuts to the public colleges and universities and healthcare. So to pay for that through tax increases or raising revenues and that's against the rules of Americans for Tax Reform, but, Americans for Tax Reform allows tax increases if they are offset by tax decreases and one of the ways to create a tax decrease is through the creation of a tax credit. So, the Save fund, that you mentioned, through this fee that the students wouldn't have to pay because of the creation of a tax credit--that tax credit, say for $350 million could be applied to offset $350 million of other revenue, that the legislature is increasing, that would allow Jindal to swallow that extra revenue through creation of this Save Fund.

SABLUDOWSKY: And the Senate has approved this and the House is a gathering their 85 or so names for a possible veto session, so...

BRIDGES: Yes, the save fund was defeated in the House committee, it could pass the House, we don't know yet. Clearly there is a lot of resistance in the House where as the Senate has voted or it and is clearly in favor of the Save Fund which is something that Governor Jindal needs to approve the tax measures that have gone through.

SABLUDOWSKY: What a nightmare really, really interesting stuff.  Okay, Tyler Bridges thank you so much, I really appreciated it.  Thank you