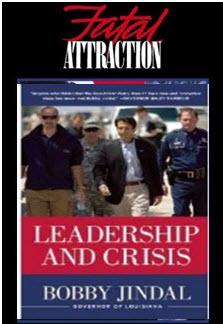 Louisiana Governor Bobby Jindal will make his big presidential campaign announcement onJune 24 in Kenner’s Pontchartrain Center.  According to his aide, Timmy Teepel, the location was ideal for attendees traveling from New Orleans and elsewhere. Jindal will join the ever-growing ranks of candidates, which could total 16 or more by the end of July.

It was first publicized that Jindal would make the announcement in New Orleans, which was a ridiculous idea. Not only is New Orleans  a liberal Democrat city, but it has also been ignored by Jindal throughout his terms as Governor. Jindal knows more about the problems of Iowa and New Hampshire than the ones plaguing the Crescent City.

During his 7 years as Governor, New Orleans has struggled with persistent problems of crime, blight, poverty and horrible infrastructure. A proactive Governor would have worked with the Democrat Mayor of New Orleans to deal with these issues, thus benefitting his state as a whole. Instead, Jindal has been largely a bystander to the developments in New Orleans, always placing his own political aspirations above any of the issues in his state’s largest city.

In one way, it is fitting that Jindal announce for President in Kenner, for it is in that city that Jindal briefly lived. When he was first elected to Congress, Jindal represented Kenner and the residents of the 1st Congressional District. Not surprisingly, his spent his congressional years running for higher office, repeatedly visiting North Louisiana in a quest to build support for an eventual gubernatorial campaign. For Jindal, serving his constituents was never adequate or important. They were used as a stepping stone for higher office.

Unfortunately for Jindal, the strategy of ignoring those who pay his salary eventually backfired for the Governor and destroyed his political future in Louisiana. Today, Jindal could not win a Louisiana Republican primary as he is totally finished as a political force in the Bayou State.

Recent political surveys have showed Jindal with an approval rating between 27-31%. By a wide margin, he is the most disliked politician in Louisiana. In fact, he is much more unpopular than President Obama, who twice lost in Louisiana and has an anemic approval rating in the low 40’s. At this point, Jindal would love those approval numbers.

On the national stage, his performance has been no better, in fact, it has been lackluster. While he has shown plenty of persistence and traveled extensively to the key states, Jindal has not been able to attract much enthusiasm from Republican voters. There are just too many candidates who are much better at campaigning than Bobby Jindal. His competitors have better track records and are more impressive on the stump.

Jindal is not a very good speaker and cannot point to any successes at home. Currently, Louisiana is reeling from a financial crisis and is dealing with a massive budget deficit of $1.6 billion. During his tenure, higher education has been severely cut, no longstanding problems have been solved. The Governor’s attempt at tax reform was a failure, while his so-called ethics reforms have been totally inadequate.

His handling of the controversy surrounding the Common Core educational standards has been utterly inconsistent. Initially, he was a supporter of the program, but now he is a critic. Compromise legislation was passed this session without the real involvement of the Governor. In this session, the once powerful Jindal has been reduced to a bystander. Legislators have been emboldened by Jindal’s unpopularity and absence to finally show some independence.

More in this category: « So what’s Gumbo PAC’s “Anybody But Vitter”, anyway? Kate Middleton's photo of Charlotte telegraphs the truthers »
back to top